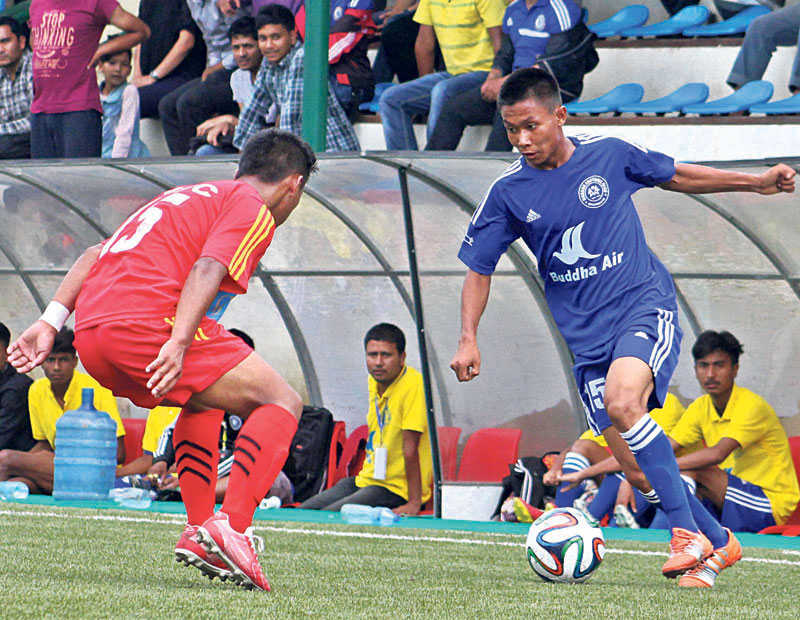 On Monday, skipper Kamal Deuba gave Far-western a lead in the 55th minute. However, Suman Dangol of Sankata netted a goal in the 80th minute to level the scores.

Similarly, Bijay Shrestha scored the only goal of the match between Police and Morang.
The match winning goal came in the 72nd minute that also saw Police top Group D with two matches to spare. Police had also defeated Sarswati Youth Club in its opener, while Morang played draw against the same opponent.

The quarterfinal matches will begin from Wednesday at the same venue.

KATHMANDU, Oct 24: While police and the other security agencies have been focused on containing various combat outfits in the Tarai-Madesh... Read More...