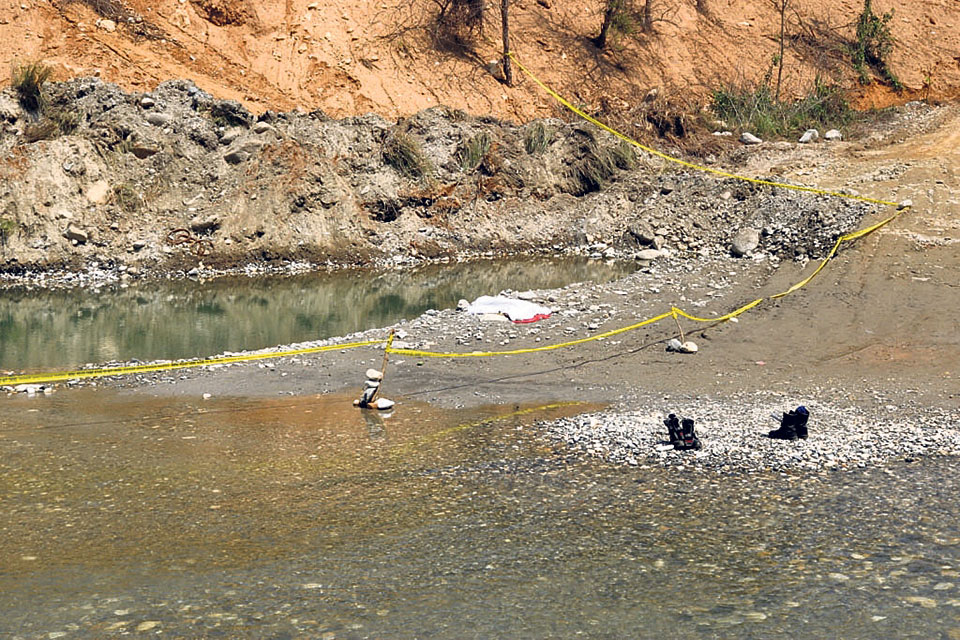 The pit in which the child drowned. Photo: Republica

DHADING, May 20: The family members of a child, who died after falling into a pit dug up by a cement factory in Benighat Rorang Municipality-2, received the dead body after being assured of Rs 1 million in relief and a job for a family member.

The municipality has assured the dead child's family of Rs 1 million and a job at the under-construction Huaxin Cement Narayani Pvt Ltd to a family member. So as to build the road to the cement factory, a pit was dug up near the Malekhukhola to extract gravel. On Saturday, three children had gone to the pit for swimming. One of them died while the remaining two managed to escape.

The deceased has been identified as eight-year old Kedar Giri of Gajuri Rural Municipality-2. The factory was already facing accusations of building a road by encroaching upon river area when another controversy erupted on Saturday following the death of the minor. This has irked the locals.

The irate locals had even tried to attack Pit Bahadur Dallakoti, chairperson of Benighat, who reached the site     after the incident. The people vented their ire against the factory for rampantly excavating the river against an earlier agreement to use its own resources.

JANAKPUR, August 15: Distribution of relief to the flood victims finally started in Dhanusha district on Monday after the incessant... Read More...

SC issues show cause over relief payment for disqualified combatants

KATHMANDU, Aug 25: The Supreme Court has asked the government to furnish a written clarification over the allocation of budget... Read More...