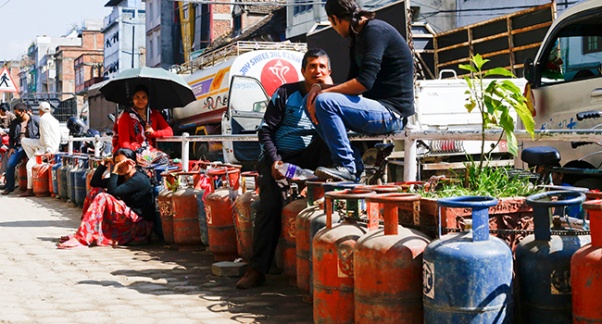 KATHMANDU, March 27: The gas entrepreneurs have voiced their complaint that it was difficult for them to operate industry for no timely increment on the operational expenses.

They said the gas enterprises are on the verge of collapse when the government has failed to increase operational expenses at par with growing inflation in the period of last six years.

At a programme organised by Nepal LP Gas Industry Association in the capital on Tuesday, Association Chair Gokul Bhandari said through the government has allocated grant of Rs 232.5 per cylinder gas it has only provided operational cost of Rs 52.54 per cylinder.

"The operational costs determined six years ago do not meet the current expenses which caused trouble in the running of the gas industry. The increment should be made in a way to cover rise in the operational expenses of industry during the period", he said.

The Association Chair further said the entrepreneurs are ready to work on profit margin of Rs 30.5 per cylinder if the government adjusted operational expenses.

He also noted that it was delay in bringing law on explosives to regulate the entrepreneurs involved in the transaction of illuminable materials.

He also informed that 35 out of 59 gas industries have already obtained Nepal trademark license.  RSS

KATHMANDU, Aug 21:The government has planned to carry out complete repairs of the runway at Tribhuvan International Airport (TIA), the... Read More...

KATHMANDU, March 30: Responding to the news report concerning the controversial study being conducted by the UN Office in Nepal without... Read More...