Facebook campaign to help separated children seeks $1,500 but gets $7.5m 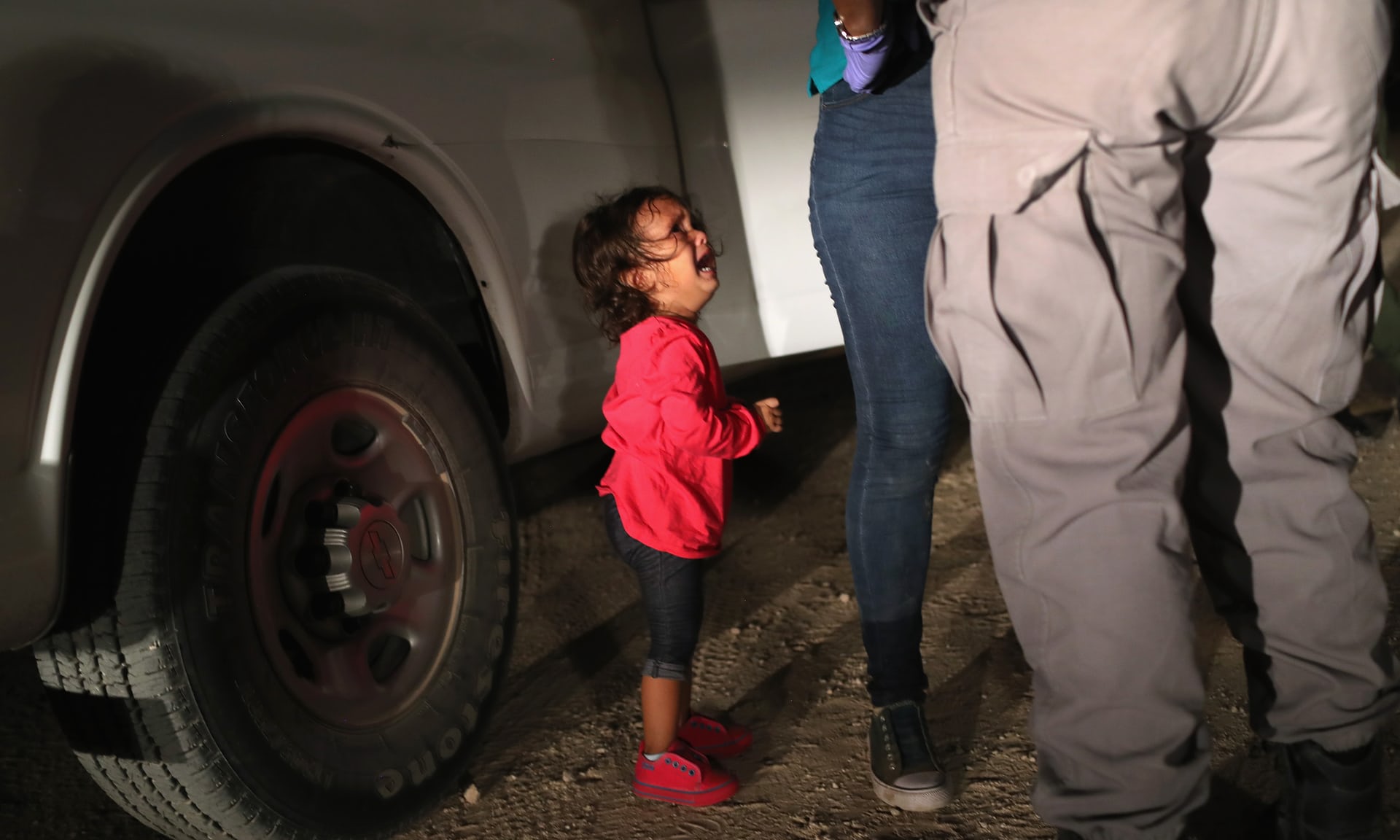 A two-year-old Honduran asylum seeker cries as her mother is searched and detained near the US-Mexico border, in McAllen, Texas. Photograph: John Moore/Getty Images

A campaign to reunite families separated at the US border due to Trump’s immigration policies, has raised $7.5m in four days, the largest fundraiser Facebook has ever seen.

The campaign, “Reunite an immigrant parent with their child”, is raising money for the Refugee and Immigrant Center for Education and Legal Services (Raices), a Texas-based non-profit that provides legal advice and support for immigrants.

The campaign page said all money raised was going to “directly fund the bond to get parents out of detention and reunited with their children while they await court proceedings” and to “ensure legal representation for every child in Texas’ immigration courts”, citing the high rate of children who faced the court system unrepresented last year.

Charlotte and Dave Willner, the California couple who started the campaign, said their initial goal was to raise $1,500, which is the minimum amount at which bond is set for asylum seekers. “We are starting our goal at $1,500 and will see how far we get,” they wrote.

The Willners said they were prompted to start the fundraiser by seeing a picture of a toddler crying as her mother was taken away.

“It was the closest thing we could do to hugging that kid,” Dave Willner told the San Jose Mercury News.

The fundraiser is Facebook’s largest single fundraiser to date and their communications manager confirmed that as of Tuesday morning there had been more than 100,000 donations, averaging about $50 each, according to NBC News.

Raices called the donations “a profound rejection of the cruel policies of this administration” and said the funds would “save lives by keeping people from being deported to unsafe countries”.

“Thanks is inadequate for the work these funds will make possible,” wrote Raices on Facebook. “We’ve been occasionally crying around the office all day when we check the fundraising totals … There are terrible things happening in the world. And there are many people who are deciding not to look away but to do something.”

Facebook has increased its focus on charitable giving on social media. In November, they waived all fees for non-profits looking to run fundraisers, so 100% of donations raised on the platform go to the charity.

Readmission campaign for children who missed it the first time

NEW YORK, June 27: Facebook is deleting about 66,000 posts a week as the social media giant cracks down on what... Read More...