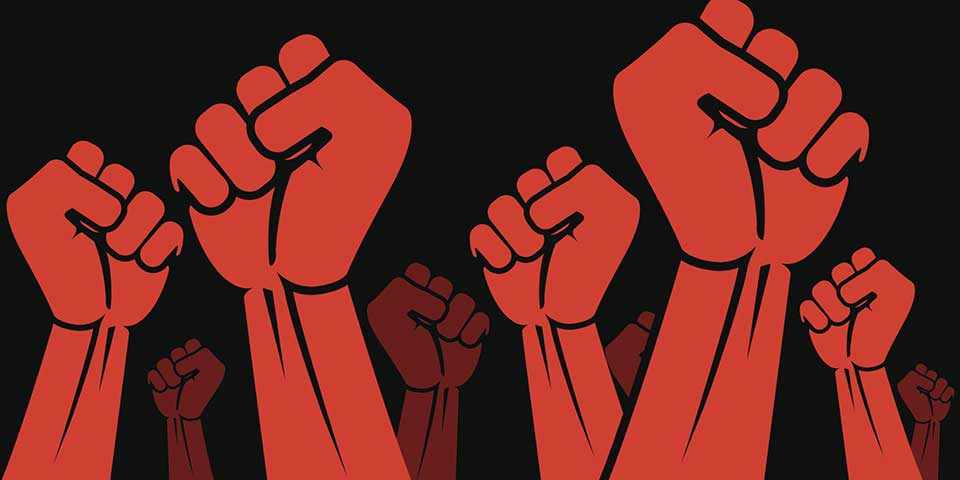 If Prime Minister Deuba schemes to prolong his stay in power, it will agitate people and they might come forward for the third movement

Another people’s movement seems to be looming large in the power tussle between the victors and losers of 2017 general elections. It is unusual to see losers prolong their hold on power in a democratic dispensation when the people have given a clear mandate to the left forces against the so-called democratic forces. Those in power are groping over the faults in the constitution to keep the victors away.

First, few weeks went by in getting the ordinance on the electoral process of National Assembly declared by the President. Second, the government has the prerogative to fix the date for the National Assembly poll, which will take one more month. Third, it can take more time as the physical facilities for the new federal parliament are under reconstruction. We don’t know how long it will take. May be it will become a never-ending process.

People are looking
for a rescuer, a
liberator, a redeemer
like Prithvi Narayan
Shah for
stability and development.

Fourth, as the law and order situation is going from bad to worse due to informal declaration of the provincial capitals, the government can ask the electoral victors to wait till it is restored to normal. Again, we don’t know when normalcy will be restored. There are actually innumerable loopholes in the constitution that provide opportunity to the losers to stay in the government.

Therefore, yet another janaandolan to make the losers abide by popular mandate may be around the corner.

Historically, people’s movement has taken place in Nepal not because somebody wanted it but because it became inevitable under certain critical circumstances. The first one emerged in 1990 to abolish three decades old one-party system called Panchayat.

The initial protest was just a whimper but it gathered momentum over a short time to turn into a bang. It started with a demand to lift the existing ban on political parties and to remove the obligatory condition of acquiring membership of the class organizations to participate in the indirect elections for the national legislature. Blinded by the majority support for Panchayat in the first-ever held national referendum in 1980 and the obstreperous loudening of the so-called panchas, King Birendra stood firm in his adherence to the system.

He failed to understand the undercurrent of change in people’s mood interspersed with the foreign machination to end monarchical absolutism and to bring him down to size. Had he acted on time to concede to the demand of allowing political parties to function, the Panchayat would have continued with curtailment of some of the royal prerogatives. But when the movement developed in a crescendo, the 30-year old system was thrown away lock, barrel and stock.

The Janaandolan II of 2006 was the direct reaction to the direct action of King Gyanendra, who followed his paternal method of leading the country on his own. He, however, did not, or could not, notice the change that had taken place in Nepali society over the last 30 to 40 years. If he could catch the public mood for development without corruption and misrule, he would be successful in riding the winds of change. But he just went back 50 years and held the reign of control in the same old fashion. That really provoked people to hit the streets.

People surprised both the rulers and agitators by turning out in a massive scale against the king and his government. Kingship was done away with.

It must be noted that rulers were found totally ignorant of the public mood and impervious to their feelings.  People had given the king enough time to feel their pulse, mend his ways and act accordingly. Since he did not budge from his hackneyed way of governance he lost his game and eventually his crown. It is different matter that the importance of kingship reflected in greeting the king on his recent visits to different parts of the country is lately gathering moss in Nepali society.

Both movements—of 1990 and 2006—were planned and patronized by India. The first one witnessed the physical presence of Indian leader Chandrashekhar in Nepal to trigger the agitation. The second was the logical outcome of the 12-point Agreement between the seven-party coalition and the warring Maoists signed in New Delhi under the Indian sponsorship.

In both cases, India was resentful of Nepali kings and wanted to bring them down to size. It succeeded in both. This time around, however, India seems to be siding with government instead of the people. It is firmly backing the Prime Minister Sher Bahadur Deuba, who is undemocratically prolonging his power despite losing the national polls by big margins. India seems to have failed to read people’s minds.

If India and Sher Bahadur Deuba continue with this approach, it will agitate the people and they might come forward for the third movement. China appears to be supporting the leftist coalition, which won a clear majority in the parliament.

The current situation reminds one of twilight days of Malla rule, when three small kingdoms in Nepal valley were engaged in infighting. People got disenchanted with the rulers and wanted effective leadership. Prithvi Narayan Shah provided it and hence he was received with warmth by the people, if not by the losing rulers.

Three major parties are disputing over the constitution that they had promulgated together. People want results in development and good governance. They don’t care what is written in the constitution. Like during the dying days of Malla era, people today are looking for a rescuer, a liberator, a redeemer like Prithvi Narayan Shah for stability and development.

That is what makes the third janandolan possible, even inevitable.

The author is a senior journalist based in Kathmandu