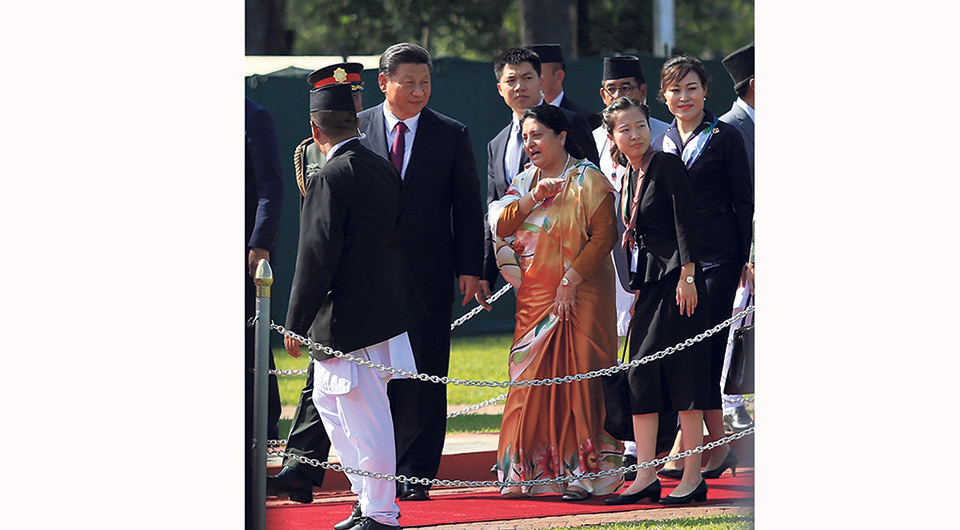 KATHMANDU, Oct 14: Chinese President Xi Jinping has said that anyone attempting to split China will be ruined.

During his meeting with Prime Minister KP Oli on Sunday, President Xi said that any attempt by external forces to split China will be regarded as just a wishful thinking by the Chinese people, according to press statement released by Chinese Ministry of Foreign Affairs. The statement, however, does not name which external forces were attempting to split China.

President Xi, according to the statement, said that China appreciates Nepal’s firm adherence to the One-China policy and its firm support to China on issues involving China’s core interest. “No matter what happens to external situation, the friendly policy of Nepal toward China will not change and the direction of friendly development of Nepal-China relations will not change,” Prime Minister Oli assured during the meeting.

Prime Minister Oli, according to the statement, further said that Nepal resolutely opposes and will never allow any forces to use its territory to engage in anti-China separatist activities. While appreciating China for not interfering in each other’s internal affairs, Prime Minister Oli said that Xi’s visit had drawn a new blueprint for Nepal-China relations.

During the meeting, Prime Minister Oli had also said that Nepal looks forward to working with China to build a three-dimensional interconnection network across the Himalayas. “We welcome more Chinese tourists to visit Nepal and welcome more Chinese companies to invest in Nepal,” the statement quoted the prime minister as saying.