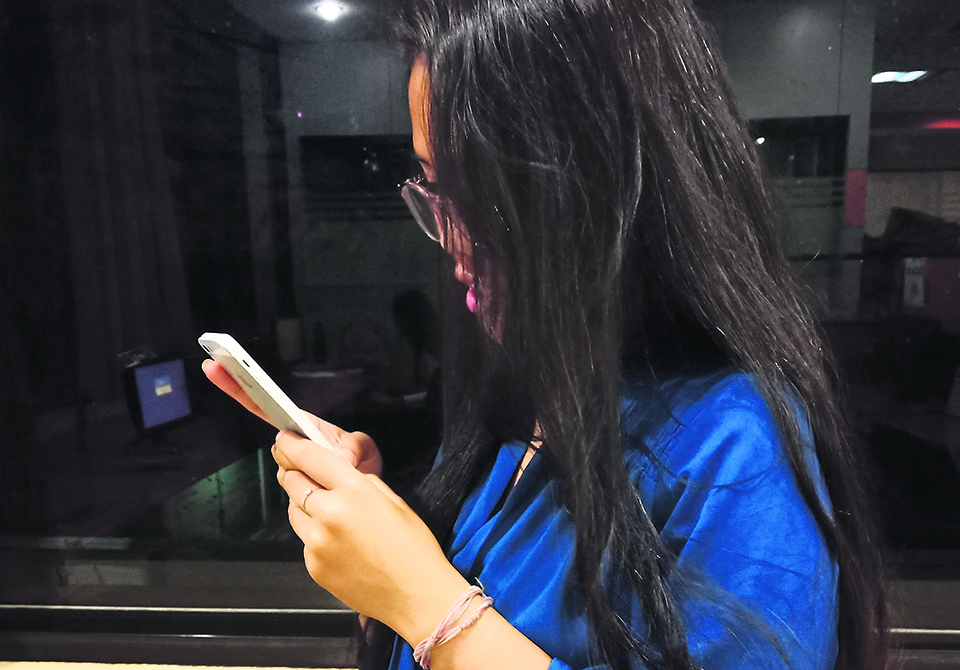 TAPLEJUNG,  May 30: Stating that eyesight problem is getting prevalent among children, ophthalmologists in the district have warned parents to take precautionary measures ‘before it is too late’. Excess exposure to cell phones, laptop and computers, among other digital devices, have taken a severe toll on children’s eye health, they claimed.

“These days, everyone uses digital devices. Unfortunately, children are also using them for hours. This has badly affected their eyesight,” said Dr Isha Karki, medical director of Itahari Eye Hospital, Sunsari. “To be specific, children between eight to ten years are the most affected by such exposures.”

Even though doctors have always suggested limited use of mobile phones and tablets for everyone, the growing use of such technologies has been a matter of concern worldwide. Nepal is not an exception to it. Most dangerously, toddlers and even smaller kids are already addicted to mobiles and tablets, according to Dr Karki.

“It is very shocking that a baby who has not yet learned words shows great fascination towards digital gadgets,” she noted. “As their eyes cannot handle the stress, their eyes are harmed due to continuous exposure to the light from digital devices.”

Dr Karki further informed that parents do not immediately notice the eyesight problem in kids. And this worsens the matter. “By the time parents realize that their children are having eyesight problem, it becomes very late. Though further damage to their eyesight might be prevented, we cannot gift back original eye health to the child,” she said.

Computer vision syndrome is common, Dr Karki added. Due to the overuse of computers, school going children are having these kinds of problems. Their eyes, neck and shoulders hurt.

“It should be parents who need to look after children and their problems. But if you talk about computer vision syndrome, both parents and children are being affected. School going kids are suffering most from it,” Dr Karki stated.

Until a decade ago, few children would visit the center with an eye problem. These days, around 500 children come for eye treatment every month.  As per the center’s data, this month alone, 565 children visited the hospital seeking eye treatment. “In June it might rise, there has been a constant increase in the numbers of children visiting us for treatment,” Gurung said.

Dryness of eye is common among kids. Almost every child is suffering from this problem, Gurung noted. “Dryness is the first symptom. It is followed by itching, swelling and blur vision,” he said. “The problem is, children do not follow our suggestion either. Once they reach home after treatment, they start using mobile phones again.

Doctors state that children from rural areas are comparatively less affected by electronic devices. Understandably, children in villages use digital devices lesser time than those living in towns.
“People’s lifestyle in towns and villages are different. In villages, people are still somehow into agriculture and engage in outdoor activities unlike in the cities,” Gurung remarked. “We also have noticed that children in urban areas are more affected by digitization.”

The government runs mobile eye checkup services in towns and villages from time to time. Such packages offer minor to significant treatment for the needy. According to Kaji Thebe, an eye technician, the problem is very acute in towns and cities.

“The problem is severe in towns and cities. Children are given nothing but mobile in their leisure time. Almost all children have been suffering from an eye problem,” said Thebe.

The federation had carried out mobile eye care and surgery program in several villages recently. Many schools were also approached. According to Thebe, who was in the team of technicians, in schools, both girls and boys were found equally affected by digital devices.

“We had been to different schools in different rural municipalities. Eye problem is, of course, getting very common among all age groups. But children are unexpectedly affected by in a very high number,” he said. “In schools, both girls and boys reported eye dryness, itching, swelling, and headache.”

Meanwhile, Dr Karki commented also on poor food habit and lifestyle. The lack of nutritious food and exercise has also affected people’s health and eyesight, she noted. “Special care should be given to growing children. Or else, their eyesight gets weak. On the one hand, you are exposing them to digital devices for an extended period, and on the other hand, they are not provided with nutritious food.”