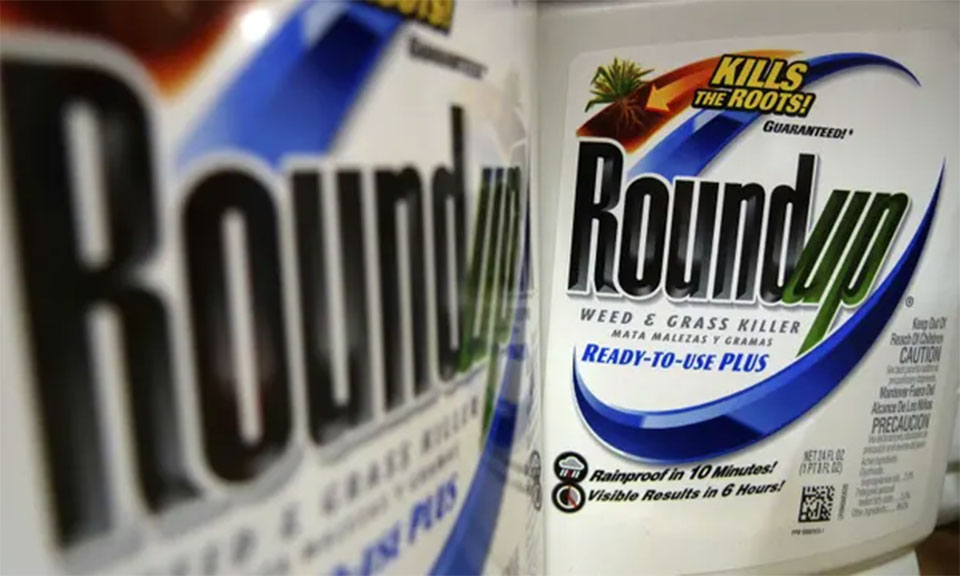 A broad new scientific analysis of the cancer-causing potential of glyphosate herbicides, the most widely used weed killing products in the world, has found that people with high exposures to the popular pesticides have a 41% increased risk of developing a type of cancer called non-Hodgkin lymphoma.

The evidence “supports a compelling link” between exposures to glyphosate-based herbicides and increased risk for non-Hodgkin lymphoma (NHL), the authors concluded, though they said the specific numerical risk estimates should be interpreted with caution.

'The world is against them': new era of cancer lawsuits threaten Monsanto

The findings by five US scientists contradict the US Environmental Protection Agency’s (EPA) assurances of safety over the weed killer and come as regulators in several countries consider limiting the use of glyphosate-based products in farming.

Monsanto and its German owner Bayer AG face more than 9,000 lawsuits in the US brought by people suffering from NHL who blame Monsanto’s glyphosate-based herbicides for their diseases. The first plaintiff to go to trial won a unanimous jury verdict against Monsanto in August, a verdict the company is appealing. The next trial, involving a separate plaintiff, is set to begin on 25 February , and several more trials are set for this year and into 2020.

Monsanto maintains there is no legitimate scientific research showing a definitive association between glyphosate and NHL or any type of cancer. Company officials say the EPA’s finding that glyphosate is “not likely” to cause cancer is backed by hundreds of studies finding no such connection.

The company claims the scientists with the International Agency for Research on Cancer (IARC) who classified glyphosate as a probable human carcinogen in 2015 engaged in improper conduct and failed to give adequate weight to several important studies.

But the new analysis could potentially complicate Monsanto’s defense of its top-selling herbicide. Three of the study authors were tapped by the EPA as board members for a 2016 scientific advisory panel on glyphosate. The new paper was published by the journal Mutation Research /Reviews in Mutation Research, whose editor in chief is EPA scientist David DeMarini.

The study’s authors say their meta-analysis is distinctive from previous assessments. “This paper makes a stronger case than previous meta-analyses that there is evidence of an increased risk of NHL due to glyphosate exposure,” said co-author Lianne Sheppard, a professor in the Environmental and Occupational Health Sciences department at the University of Washington. “From a population health point of view there are some real concerns.”

Sheppard was one of the scientific advisers to the EPA on glyphosate and was among a group of those advisers who told the EPA that it failed to follow proper scientific protocols in determining that glyphosate was not likely to cause cancer. “It was wrong,” Sheppard said of the EPA glyphosate assessment. “It was pretty obvious they didn’t follow their own rules. “Is there evidence that it is carcinogenic? The answer is yes.”

An EPA spokesperson said: “We are reviewing the study.” Bayer, which bought Monsanto in the summer of 2018, did not respond to a request for comment about the study.

A Bayer statement on glyphosate cites the EPA assessment and says that glyphosate herbicides have been “extensively evaluated” and are proven to be a “safe and efficient weed control tool”.

The study authors said their new meta-analysis evaluated all published human studies, including a 2018 updated government-funded study known as the Agricultural Health Study (AHS). Monsanto has cited the updated AHS study as proving that there is no tie between glyphosate and NHL. In conducting the new meta-analysis, the researchers said they focused on the highest exposed group in each study because those individuals would be most likely to have an elevated risk if in fact glyphosate herbicides cause NHL.

Looking only at individuals with real-world high exposures to the pesticide makes it is less likely that confounding factors may skew results, the authors said. In essence – if there is no true connection between the chemical and cancer then even highly exposed individuals should not develop cancer at significant rates.

In addition to looking at the human studies, the researchers also looked at other types of glyphosate studies, including many conducted on animals.

“Together, all of the meta-analyses conducted to date, including our own, consistently report the same key finding: exposure to GBHs are associated with an increased risk of NHL,” the scientists concluded.

“I would suggest it sustains the concern and need for assessment but doesn’t put the question to rest in any definitive sense,” Savitz said.

LONDON, July 11: People who drink a lot of sugary drinks have a higher risk of developing cancer, although the evidence... Read More...

Can kids be harmed wearing masks to protect against COVID?
18 minutes ago