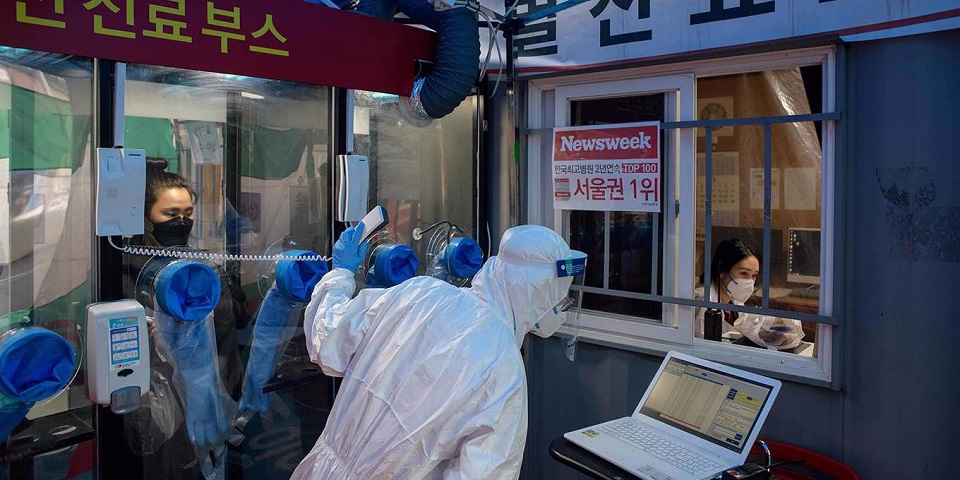 LONDON – I recently re-read and reflected on everything I have written for Project Syndicate since the start of this year. Two commentaries, in particular, stood out. In January, I suggested that without a new surge in productivity, the world would struggle to achieve the same level of economic growth in the 2020s as it did in previous decades.

Then, in February, I applauded South Korean director Bong Joon-ho for winning Best Picture at the Academy Awards with the 2019 hit Parasite. That achievement, I concluded, was further evidence that South Korea’s economic and national growth has been one of the most interesting and compelling stories of my generation.

Little did I know that by the time the commentary was published, South Korea would already be confronting the COVID-19 pandemic. At first, I worried that I might have jumped the gun with my praise. But now it is June, and South Korea ranks near the top of the list of countries that have largely contained the pandemic’s first wave. In fact, almost all the countries that typically score highest on indices for sustainable economic growth have generally weathered the current crisis better than others.

What counts as sustainable economic growth? Several credible indices are on offer, from those produced by the United Nations and the World Bank to reports from private-sector firms such as KPMG and think tanks like the Legatum Institute. Most of these are similar to the reports that I oversaw during my tenure as head of research and chief economist at Goldman Sachs.

Starting in the 2000s, my department developed a Growth Environment Score for around 180 countries, based on around 15 different variables, from inflation and investment rates to technological adoption, educational attainment, and rule of law. The last GES was compiled in 2014. But looking back now, one finds that the countries that were higher up the ranking in the past are now reporting the lowest COVID-19 mortality rates.

The top three performers from the 2014 GES report, for example, were Singapore, Hong Kong, and South Korea, followed by Norway, the Netherlands, Qatar, New Zealand, Luxembourg, Denmark, and Australia. By and large, these countries stand out for having outperformed most others in responding to COVID-19. If there is one exception, it is the Netherlands, which has not coped as well as one might have expected.

Likewise, among the more populous Western countries that make up the G7, Germany had a notably higher GES than the United States, the United Kingdom, France, and Italy, and it has also fared far better than those countries these past few months. And among the so-called BRIC countries, China, which quickly moved to flatten and bend down its epidemic curve, had a higher GES than Brazil, Russia, and India.

What is striking about these observations is that the GES index didn’t directly consider national health systems. So, while the strong correlation with pandemic-era performance could simply be a coincidence, a more likely conclusion is that the sustainable-growth metrics we used have a strong bearing on the quality of a country’s health system.

For example, technological adoption has proven to be a critical determinant in rolling out fast and effective COVID-19 testing, tracking, and contact tracing protocols. During the early years of compiling the GES, I remember initially being surprised at how high South Korea ranked in the technology component of the index. But I soon realized that this was a key factor driving the country’s inclusive growth more broadly.

Another important GES variable, perhaps not surprisingly, considered how equally growth is shared across the population. Again, countries with higher per capita GDP and higher median household income have generally performed better during the current crisis.

There are important lessons, here, particularly for policymakers who are now devising plans to rebuild their economies. Obviously, many countries need to catch up to the digital revolution and build more resilience into their health systems. My own country, the UK, seems to be learning this lesson the hard way. One hopes that the Department of Health and Public Health England (or whatever might replace it) recognize the need for more effective and widely available diagnostics and other technologies.

More broadly, when policymakers look to their infrastructure needs, they should ask themselves which is more important, grandiose projects like rail systems and new buildings, or less “sexy” investments like broadband and education. After all, the COVID-19 lockdowns may already have changed certain features of our work and lifestyles for good.

There will probably be more telecommuting in the post-pandemic economy, less densely populated urban areas, and so forth. While we will still need fully modernized transportation systems, we will also need more ways to make opportunities available to people wherever they are. Otherwise, most countries’ economic performance will remain fragmented and cyclically vulnerable, falling far short of what it could otherwise be.

Time to restore human relations with nature and biodiversity

The COVID-19 pandemic is a deep and lasting shock at global level; we all know that returning to “business as... Read More...