Explainer: How countries are getting tougher with mining companies 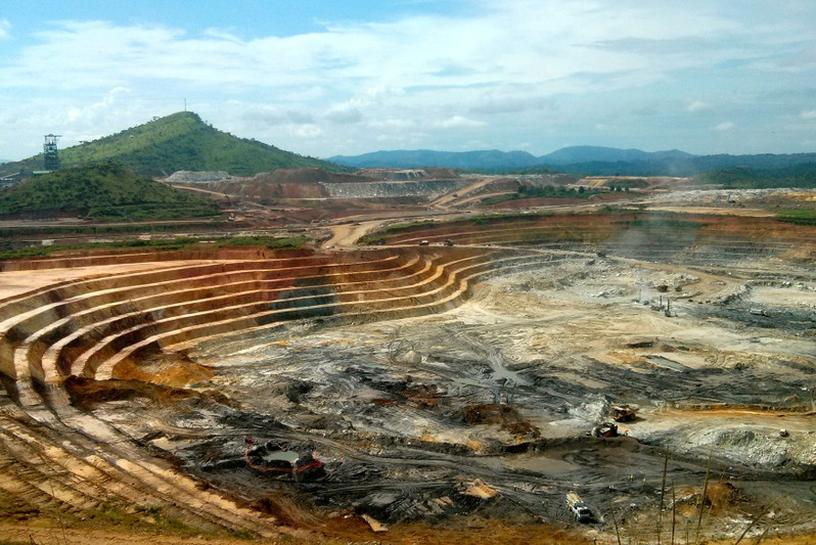 In most cases, governments are seeking to increase their share of profits, rather than all-out resource nationalism, although Mongolia has been trying to nationalize a stake in a copper mine.

The toughness is not universal.

Some governments see the hardened stance of other countries as a chance to lure investment. Ethiopia is rolling out pro-business reforms after Prime Minister Abiy Ahmed swept into office last year.

Typically, resource holders have increased the demands they make of international companies when commodity prices rise.

Commodity prices have been increasing since the start of this year, but are relatively low and were still recovering from the crash of 2015-16 when the latest wave of resource nationalism began.

In Africa, Tanzania, regarded as an extreme example, turned on the miners after President John Magufuli swept to power in late 2015 pledging to secure a bigger share of the country’s natural resource wealth.

Industry insiders and lawyers say political populism and social media are impelling calls for a greater share, beginning with the local communities around mines.

They also say investment by China and to a lesser extent Russia increases the leverage of resource-holding governments.

In Africa, Democratic Republic of Congo, Tanzania and Zambia have been seeking more of the profits from copper, cobalt and gold.

Democratic Republic of Congo in June last year signed off regulations to implement its new mining code that raised royalties and taxes.

Major mining companies, such as Glencore and Barrick, have opposed the code and are seeking negotiations and ways to increase pressure.

Zambia raised royalties from January and introduced a 10 percent tax when the price of copper exceeds $7,500 per tonne.

WHAT IS THE IMPACT ON INVESTMENT?

The biggest listed miners say they are focusing their exploration in countries with low political risk.

Democratic Republic of Congo’s reserves, however, are temptingly rich and include copper and cobalt, needed for an expected upturn in demand for battery vehicles, which gives the government bargaining power.

Figures from S&P Global Market Intelligence show falls in exploration spending in Tanzania, Zambia and Mongolia last year, while investment in Democratic Republic of Congo rose as Ivanhoe Mines and its Chinese partner Zijin Mining have invested in developing a copper mine.

Globally, exploration spending climbed, but is far below the peaks of 2012 at the height of the commodity boom.

Spending was highest last year in countries considered mining-friendly, such as the United States and Ecuador, which is welcoming Western explorers into its copper prospects as it seeks to diversify from oil.

WHAT CAN COMPANIES DO TO PROTECT THEMSELVES?

Companies have threatened to leave when the terms of engagement change to their detriment, but resource-holding governments know firms are reluctant to do that when they have invested in building a mine.

Lawyers and mining executives say companies have become more careful about where they invest in the first instance.

As sustainability has shot to the fore following the Vale dam disaster in Brazil in January, the need to get all sections of society on side has increased.

“One of the most important aspects to have a good understanding of is the community landscape - without the social license, mines will either not start up, or will be disrupted by community activism,” Warren Beech, a partner at law firm Hogan Lovells, said.

While the overall mood is cautious, China and Russia have a higher risk appetite, potentially providing negotiating power for resource-holding governments.

“The risk appetite varies, with China and Russia seemingly having a greater appetite for risk, probably to support their strategic intent to control the life cycle ... and to develop geopolitical influence,” he said.

As a last resort, international miners can threaten arbitration, which lawyers say is cheaper than political-risk insurance.

Dispute settlement lawyer Samuel Pape of Latham and Watkins said miners can seek legal protection by for instance investing through a company incorporated in a country that has a bilateral investment treaty with the resource-holding nation.

“Many disputes can be resolved through negotiations without the need to commence proceedings under an investment treaty, though the potential for such an arbitration can provide important leverage,” he said.

23 countries agree to develop Lumbini as gateway to Buddhist Circuit

KATHMANDU, April 30: A gathering of 23 countries from across the globe has agreed to promote Lumbini as the birthplace... Read More...