Explainer: History, islets and rulings behind tension between South Korea and Japan 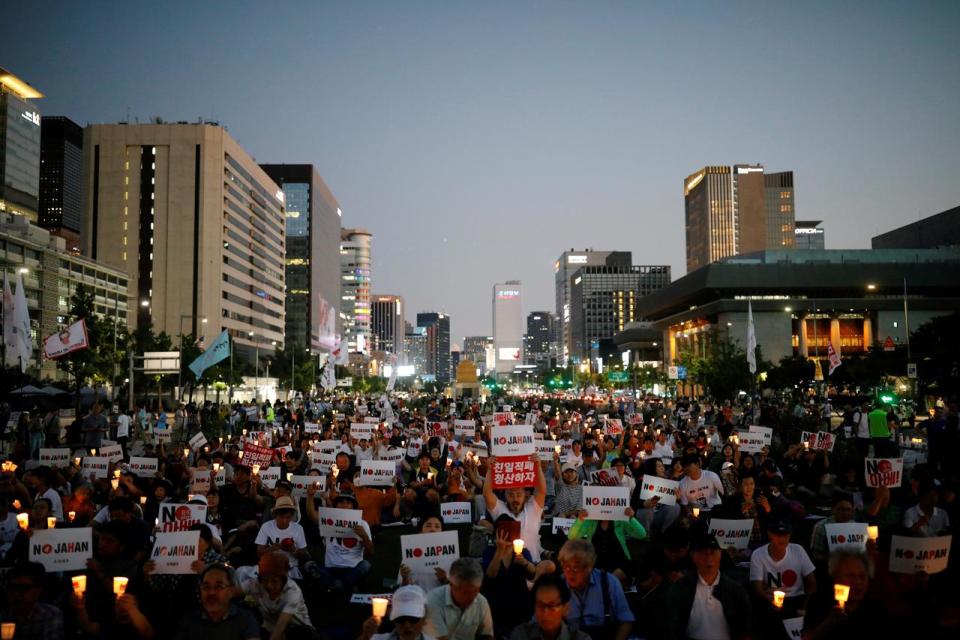 SEOUL, Nov 22 : The animosity between Japan and South Korea is entwined with the history of Japan’s 1910-45 occupation of the Korean peninsula, the mobilisation of forced labour at companies, of women in wartime brothels, and a row over the ownership of islets in the sea between the two nations.

On Friday, South Korea said it would not suspend its intelligence-sharing deal with Japan, in a last-minute reversal that signalled a breakthrough in relations.

Here is an outline of the issues that still bedevil their ties:

The ruling infuriated Tokyo, which says the former labourers’ right to reparations ceased under a 1965 treaty normalising diplomatic ties.

Relations deteriorated when Japan restricted exports of high-tech material to South Korea in July, while a group of former labourers requested a court order to forcibly liquidate Mitsubishi assets for compensation.

In October, a commercial by Japanese clothing brand Uniqlo stirred a backlash in South Korea, where it was seen as mocking victims of forced labour and comfort women, a Japanese euphemism for women, many of them Korean, forced into wartime brothels.

Yang Kee-ho, a professor of Japanese Studies at Sungkonghoe University in Seoul, said the two sides were far apart.

“But it could get even worse if the asset sale of Japanese firms is materialised, so it’s good to listen and talk to the Japanese to see if they can find a new, creative way out.”

Reminders of Japan’s rule are inflammatory for both sides, but the issue of “comfort women” is particularly contentious.

Many surviving South Korean victims want a formal apology and compensation from Japan.

Japan says the matter of compensation was settled under the 1965 treaty.

In 2015, South Korea and Japan reached a settlement under which Tokyo issued an official apology and provided 1 billion yen ($9.23 million) to a fund to help the victims.

Tokyo wants Seoul to remove a statue near the Japanese embassy in Seoul commemorating the comfort women, and another next to the Japanese consulate in Busan.

Some comfort women victims continue a weekly protest in front of the embassy.

The two countries also have a territorial dispute which flared again in October when South Korea flew fighter jets over a set of remote islands marking its Armed Forces Day.

The windswept volcanic islets, known as Dokdo in Korea and Takeshima in Japan, are controlled by Seoul with a small band of coast guards, and are also claimed by Tokyo.

The cluster sit astride fertile fishing grounds and deposits of natural gas that could be worth billions of dollars, experts say.

The territorial feud is emotional for Koreans, who say the islands, recorded as part of their territory since 512, were the first land seized by Japan as part of its forcible occupation of the peninsula.

Japan argues the islands were never part of Korea and it had established sovereignty by the mid-17th century as a stopover for its fishermen.

Seoul rejects Tokyo’s proposal to refer the dispute to the International Court of Justice.

In 2017, Japan complained after Moon served visiting U.S. President Donald Trump a dish called “Dokdo shrimp”, and invited a comfort women survivor to a banquet for him.

Explainer: Where are we in the COVID-19 vaccine race?

The landmark show of support for the pro-life cause will mark the first time in 45 years a president has... Read More...