Explainer: Afghan-Taliban peace talks - who, what, where and why 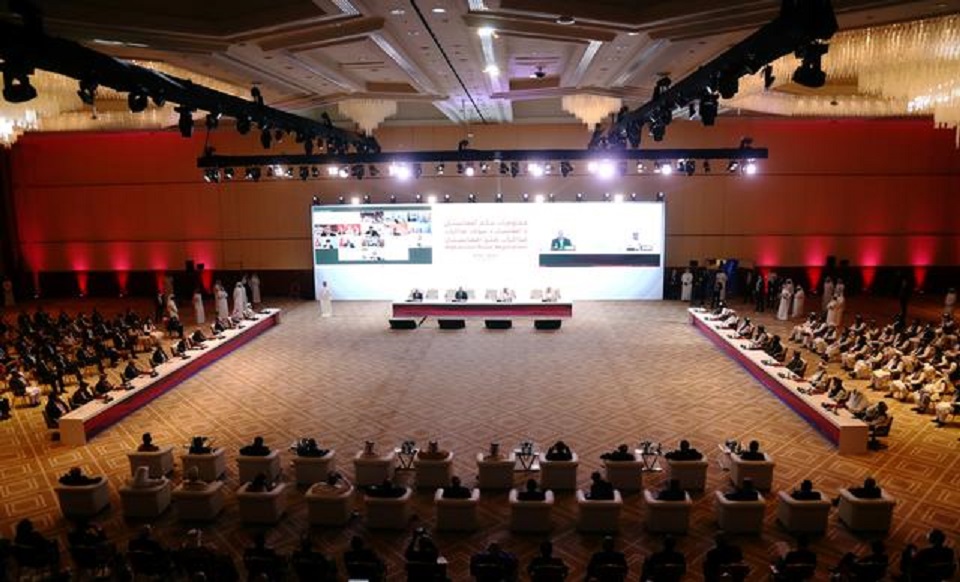 KABUL, Sept 12: Talks seeking to end 19 years of war in Afghanistan started this weekend, with an opening ceremony on Saturday. Negotiators representing the Kabul government and Taliban insurgents are scheduled to sit face to face in the Qatari capital of Doha from Sunday.

The intra-Afghan negotiations grew out of a U.S.-Taliban agreement in February. It outlined the withdrawal of foreign forces from by May 2021 in exchange for peace guarantees and Taliban promises to open negotiations with the Afghan government, which the group had previously refused.

WHAT ARE THE TALKS ABOUT?

The first round is expected to be largely administrative, leading to further rounds to broker a comprehensive peace deal to end the fighting. Negotiators will aim to set an agenda and may look for a ceasefire.

A number of thorny issues will need to be addressed later.

The Taliban has continued armed offensives against the Afghan government despite striking the troop withdrawal agreement with Washington.

Key challenges for later rounds: How to include the Taliban, who have vehemently opposed the legitimacy of the Kabul government, in any governing arrangement, and how to safeguard the rights of women and minorities who suffered under the previous Taliban rule.

WHO IS IN DOHA?

U.S. Secretary of State Mike Pompeo and the head of the Afghan peace council, Abdullah Abdullah, addressed the ceremony.

While U.S. and Qatari officials helped kick off the talks, negotiations will be between the Taliban and Afghan teams, with Washington and other international powers including Germany helping to shepherd the process.

The Taliban team has a number of members of its ruling central committee, and is headed by Abdul Hakim Haqqani, the Taliban’s former shadow chief justice, who also heads its powerful council of religious scholars.

WHY IS POMPEO THERE?

Ending America’s longest war, launched by then-president George W. Bush soon after the 9/11 attacks in 2001, is a key foreign policy objective of Pompeo’s boss, President Donald Trump. He will be keen to talk up any success in his race for re-election, where he is behind in the polls.

The February deal outlines a withdrawal of U.S. troops, which has been reduced from 13,000 when the agreement with the Taliban was signed to 8,600 in June. Trump says the number will fall to around 4,000 by November.

However, a continued drawdown depends the Taliban maintaining counter-terrorism guarantees and the promise to open talks with the Afghan government.

While the first few rounds of the talks are not likely to bring major breakthroughs, the beginning of the intra-Afghan dialogue is key to keeping the process on track during the U.S. presidential campaign.

Doha, capital of the small Gulf Arab state of Qatar, is well-established neutral ground for the long-warring parties far from their conflict back home. It is where the U.S.-Taliban agreement was negotiated and the site of the Taliban’s Political Office, opened in 2012.

The initial round of the talks have been scheduled for Doha, but further rounds could be moved to another country, possibly in Europe.

MUMBAI, Dec 23:  Thousands of Indians have been protesting against a new citizenship law as well as possible plans for a... Read More...

Explainer: History, islets and rulings behind tension between South Korea and Japan

SEOUL, Nov 22 : The animosity between Japan and South Korea is entwined with the history of Japan’s 1910-45 occupation of... Read More...