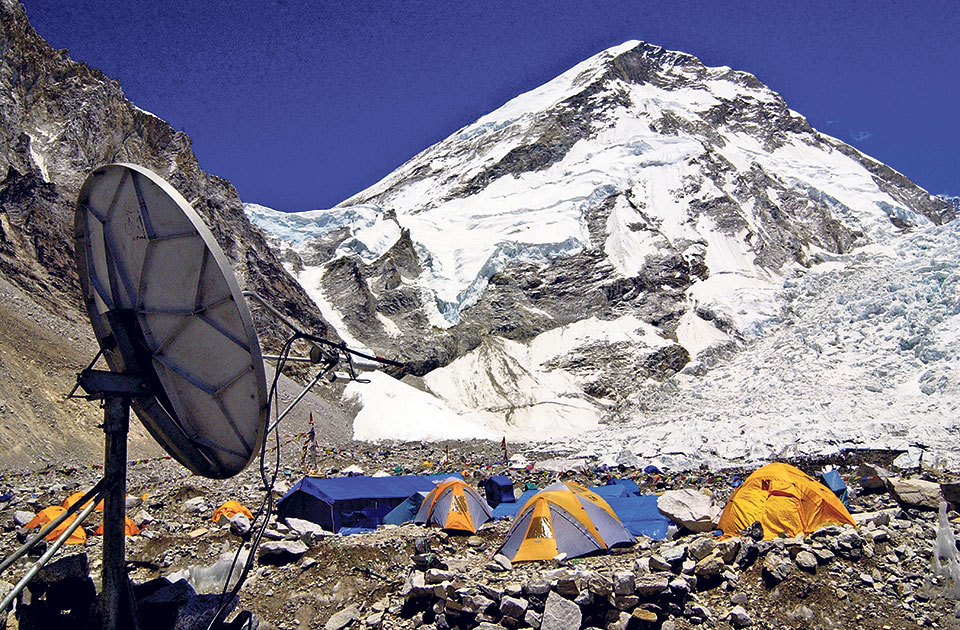 KATHMANDU, May 20: The government has collected a total of Rs 412.8 million in royalty from mountaineering expeditions in the spring season of 2018 so far, as per the data compiled by the Department of Tourism (DoT) under the Ministry of Culture, Tourism and Civil Aviation.

The royalty collection is as of May 14, from mountaineers from 28 different mountains. Of them, royalty for the Mount Everest alone stands at Rs 361.4 million.

The amount collected this year in a single season exceeds the royalty collected over the whole year in previous years.

The data compiled by the department excludes the royalty collected by Nepal Mountaineering Association (NMA) from 27 small peaks.

The rise in royalty indicates recovery of the tourism sector of the country after the 2015 earthquake. Natural disasters had affected Nepal’s mountaineering to some extent, which is now recovering, according to the DoT.

According to the department, 106 teams have received expedition permit this year for 28 different peaks above 6,000 meters, till Thursday. A total of 841 mountaineers including both Nepali and foreigners have received expedition permits for this spring season. Of which, more than 200 climbers have already ascended their targeted peaks, according to the DoT.

Spring gets people to react differently.  Some people admire its beauty, and some deny its existence. But the harder you... Read More...

Pokhara in the list of 'World's Best Spring Trips'

KATHMANDU, March 18: Pokhara has made it to the list of the destinations not to be missed in the spring of... Read More...