Strong majorities across most education levels think Madhav Kumar Nepal (CPN-UML) will win in their area. Notably, only voters who have passed SLC and above think Bibeksheel-Sajha’s Surya Raj Acharya might win.

While Gagan Thapa is the favorite, Rajan Bhattarai also comes up as the winner among those who said they considered both the party and the candidate when casting their vote

Views do not vary much among women and men

Similar shares of men and women think either of the candidates in their area will win. However, Iswor Pokharel (CPN-UML) has a slight edge among men and Ujjwal Bahadur Thapa (Bibeksheel-Sajha) among women.

Voters were asked whether the party or the candidate was more of a deciding factor for them. Similar shares who considered the candidate or who said both were deciding factors pick either Bhimsen Das Pradhan (NC) or Jhakku Prasad Subedi (CPN-Maoist Centre). But, among those who consider the party as more important in their voting decision, Jhakku Prasad Subedi is the favorite to win.

Prakash Kunwar(NC BP)is the pick when voters across age groups are asked who would win in their area. Anup Shrestha (BibeksheelSajha) is a favorite among those aged 65 and over. 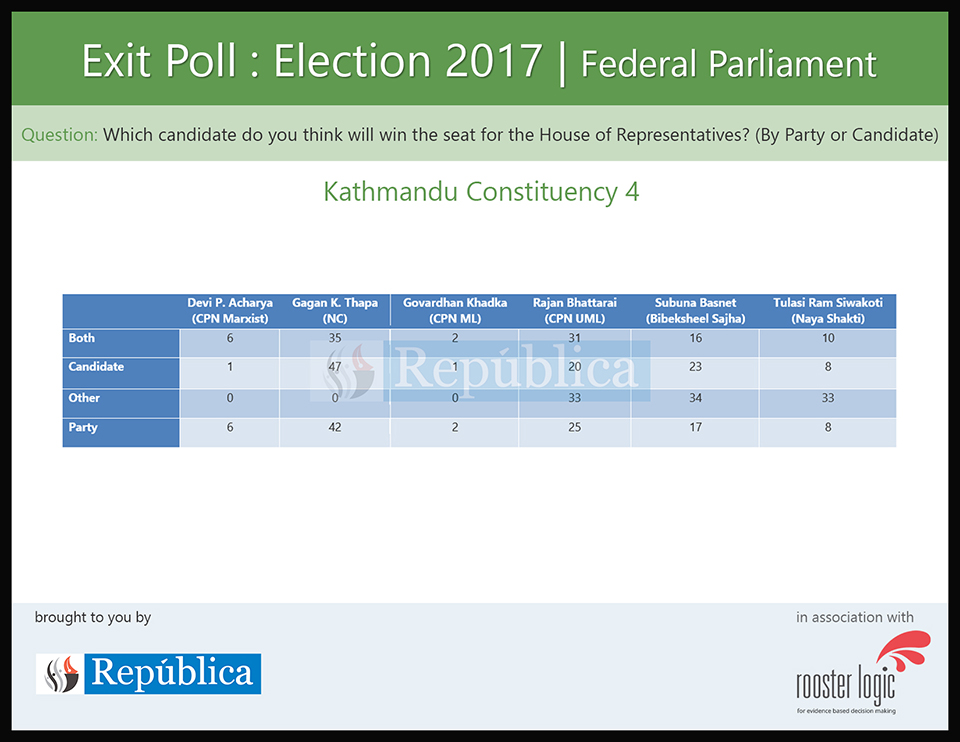 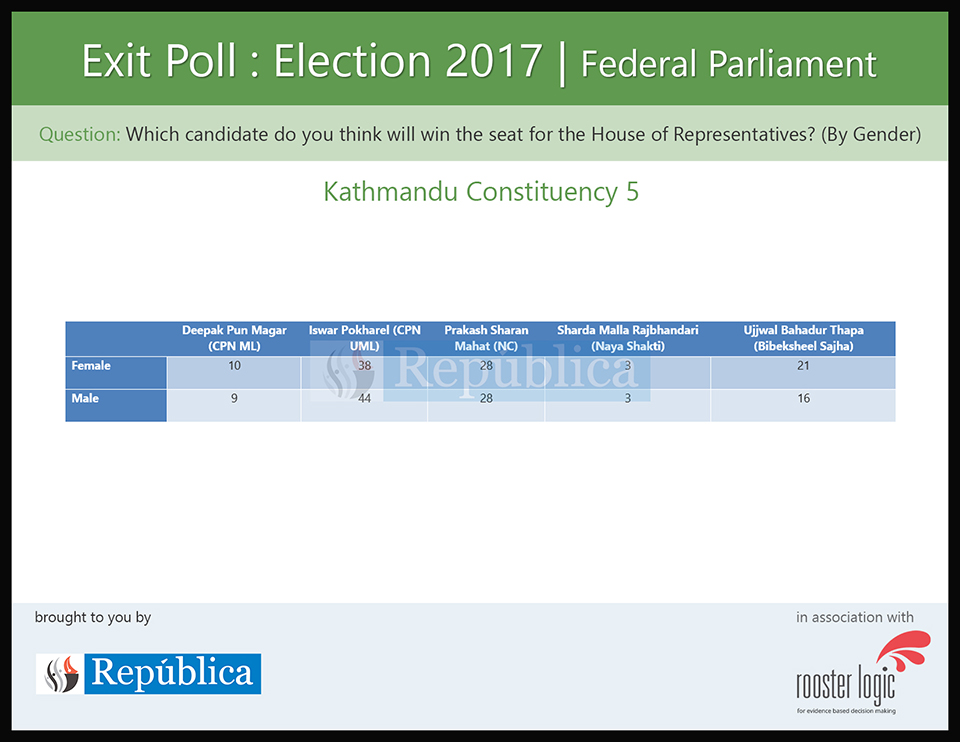 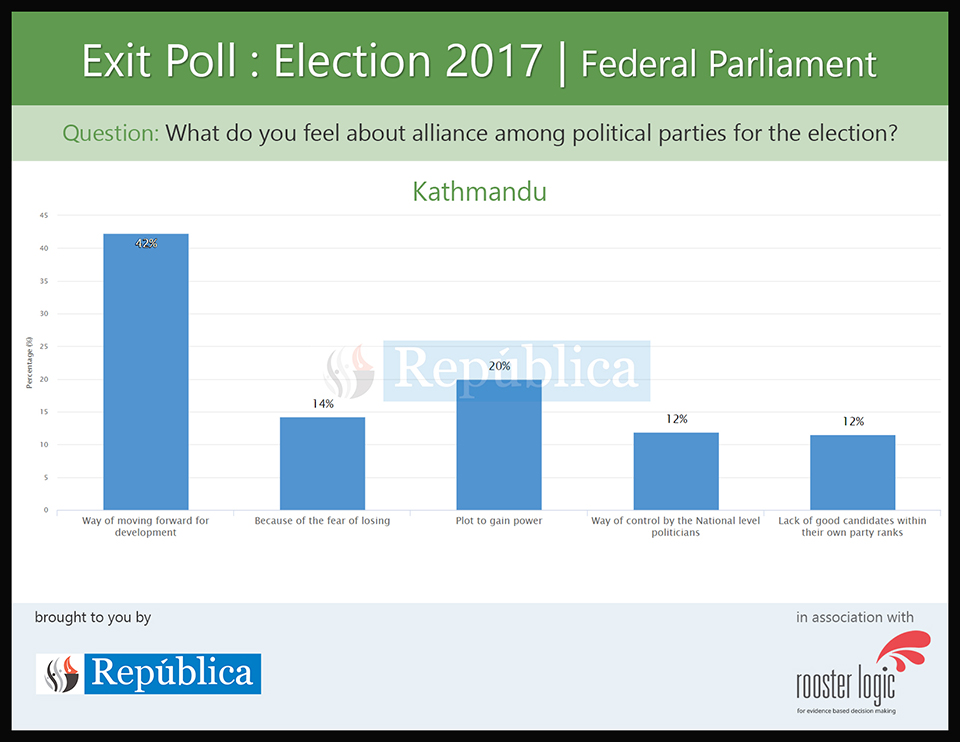 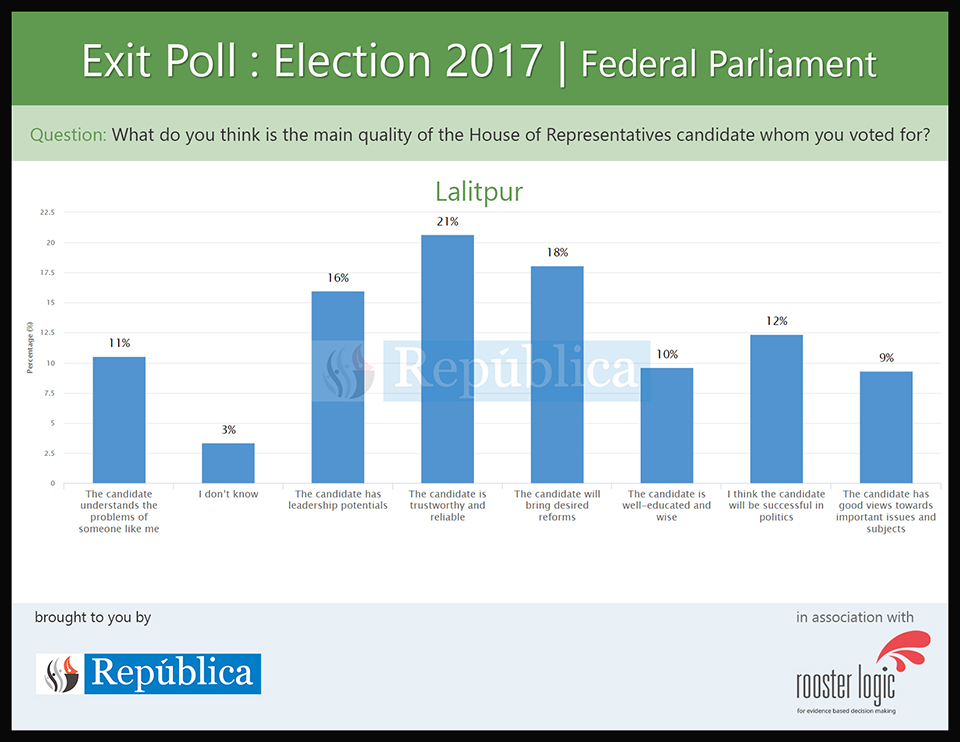 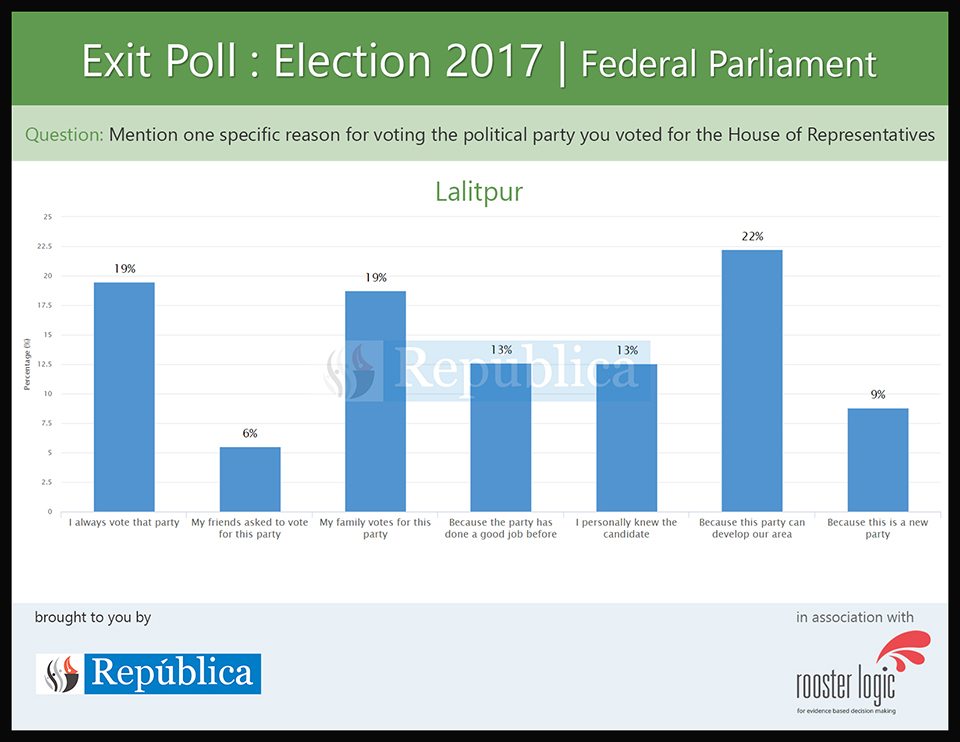 Just over half of voters (54%) in Kathmandu-2 think that Former Prime Minister Madhav Kumar Nepal (CPN-UML) will be the... Read More...