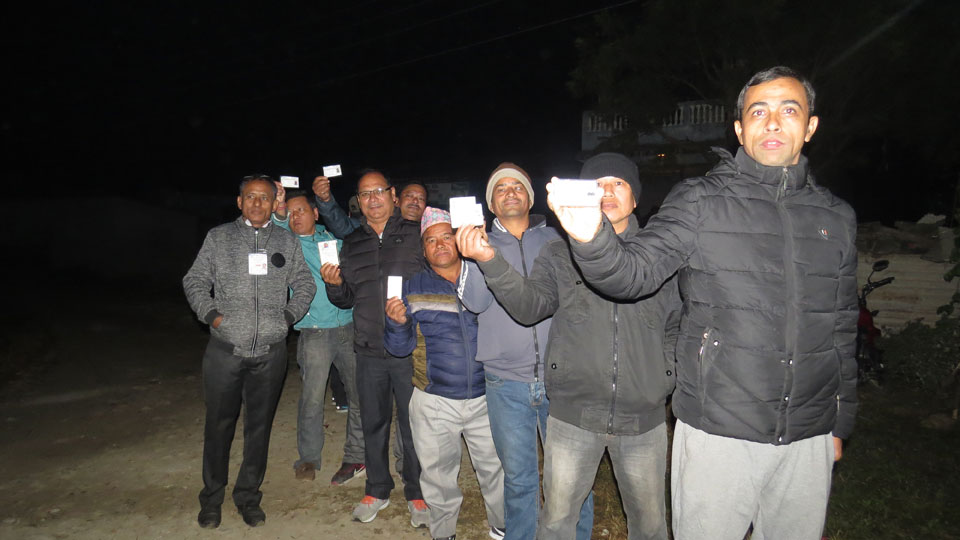 CHITWAN, Dec 7: Excited voters reach early morning at polling centers to cast their votes for the historical elections of House of Representatives and provincial Assembly, today.

Voters were visible queuing before 6:00 AM in Chamelidevi Piya Aadharbhut School polling center, of Bharatpur-3, Chitwan.

Dahal, from left alliance and Pandey, from Democratic alliance, are the rival candidates in Chitwan-3.