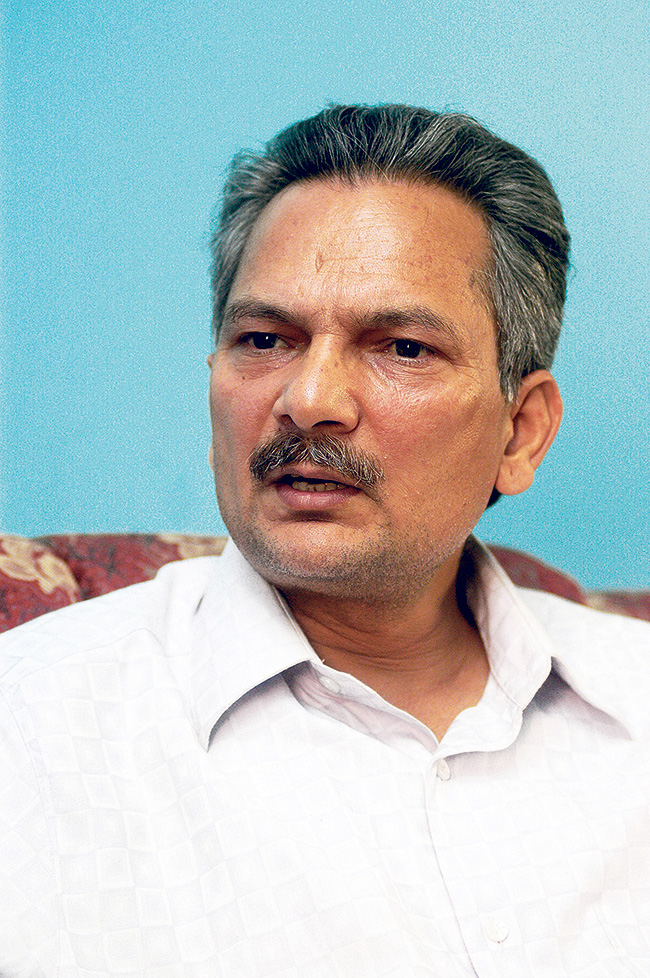 KATHMANDU, April  6: Former prime minister and coordinator of Naya Shakti Party Nepal, Baburam Bhattarai has asked Prime Minister KP Sharma Oli to raise the issue of the illegally set up 'field office' in Biratnagar by the Indian side.

Issuing a three-page suggestion on behalf of the party to Prime Minister Oli, Bhattarai said Nepal had given permission to the Indian side to set up a temporary office at the Koshi Barrage to provide permits to vehicles passing through the Indian territory after the 2008 massive floods damaged the East-West Highway. “The utility of the field office has already ended but the Indian side is dilly-dallying to close it despite the fact that the Ministry of Foreign Affairs (MoFA) has already written to it twice to close the office. So, initiatives should be made to close the office,” Bhattarai said.

The former prime minister has asked Prime Minister Oli to talk to his Indian counterpart for the removal of the non-tariff and para-tariff barriers and quarantine requirements imposed on Nepali products to reduce the ever-ballooning trade deficit with India. He also suggested to Prime Minister Oli to talk about implementing the Bilateral Investment Protection and Promotion Agreement (BIPPA) reached with India during his premiership to further attract Indian investment in Nepal.

Bhattarai argued that Nepal should talk to the Indian side to use their refinery after buying crude oil directly from Iran, which sells its crude oil at a cheaper price under the oil for food banner due to economic sanctions. This, according to Bhattarai, would greatly benefit the nation.

Separately, Rastriya Prajatantra Party Chairman Kamal Thapa has asked Prime Minister Oli not to give permission to the Indian side to construct temporary bridges over the rivers passing through the Indo-Nepal border. Thapa's suggestion comes amid Indian side unilaterally building temporary bridges, most recently over the Mahakali River.

Similarly, Thapa has asked Prime Minister Oli to work towards revising the agreements reached with India in the past and bring them into implementation for mutual benefit. Addressing the gathering of his party cadres in Makawanpur, Thapa suggested to Prime Minister Oli to focus on long-term agendas which can benefit Nepal.