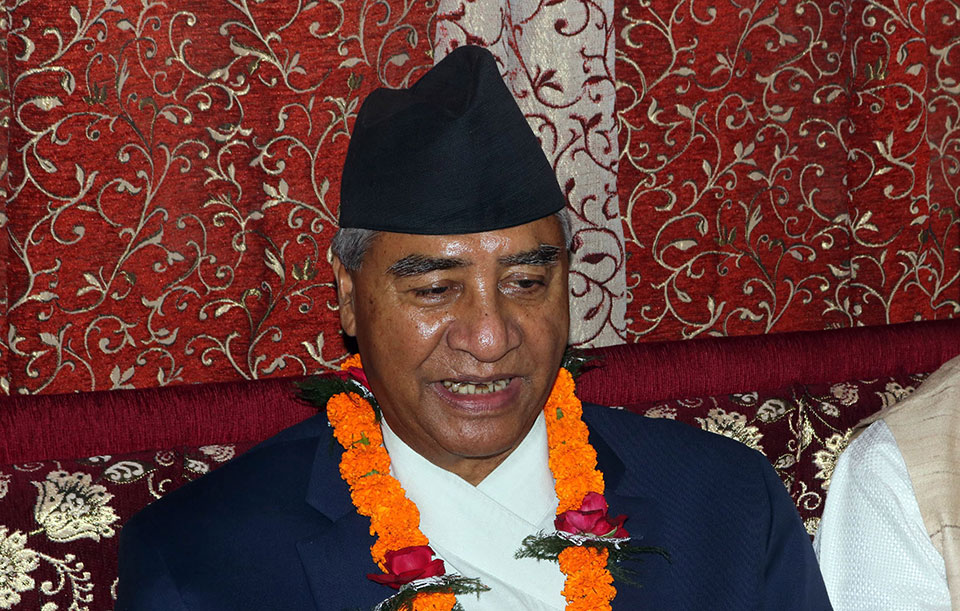 KATHMANDU, April 23: Nepali Congress President and former prime minister Sher Bahadur Deuba has urged all to be aware of the protection of everyone's rights as the democracy ensures rights to all.

Giving a message on the Loktantra Day today, NC President Deuba paid tribute to all those who got martyrdom in the struggles for and restoration of democracy in the country.

The historic people's movement launched in 2062/63BS in the backdrop of autocratic monarchy had ensured epoch-making change and restoration of a full-fledged democracy.

Baisakh 11 is the Loktantra Day, he reminded, adding that the struggle for democracy was however begun since 2007BS.

He argued that the two ordinances the government brought recently on the constitutional council and political parties at a time the country is hit hard with the lockdown hardship owing to coronavirus was against the spirit of the constitution and democratic values.

It will weaken democracy further, he added. He deplored these acts and demanded the government to immediately withdraw the ordinances.

The former prime minister called on all to make the commitment again to protect the democracy achieved with the resolution and sacrifice of many Nepalis.

I believe Nepal can learn a thing or two from Finland and start adopting direct democracy. ... Read More...

Govt decides to reduce tax on petroleum products
36 minutes ago