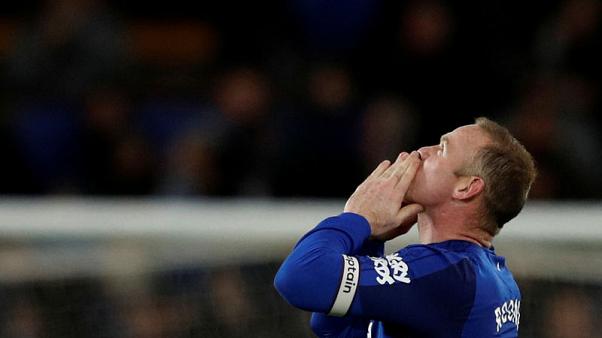 Allardyce replaces Dutchman Ronald Koeman, who was sacked last month after the Merseyside club dropped into the relegation zone.

“I’ve always thought Everton was a great club. Obviously, the club has gone through a difficult spell and hopefully I can put that behind us as quickly as possible and start looking upwards again,” Allardyce said in a statement.

Allardyce, 63, watched from the stands as Wayne Rooney scored a hat-trick in Everton’s 4-0 thrashing of West Ham United on Wednesday and takes over with the Merseyside club 13th in the table, five points above the relegation zone.

Allardyce has been out of work since leaving Crystal Palace in May, his first role since stepping down as England manager by mutual consent in 2016 after two months in the job following allegations he offered advice on how to bypass rules on player transfers.

Everton have lost seven of their 14 league games this season and cannot qualify for the knockout stages of the Europa League after earning one point from their five Group E matches.

Allardyce’s task will be to restore stability and return the club to being the regular top-seven finishers they were under David Moyes from 2004-2013, Roberto Martinez in 2014 and Koeman last season.

David Unsworth, who took caretaker charge after Koeman was sacked, will resume his role as manager of Everton’s Under 23-side and academy director of coaching.

SSB 'harassing' Nepalis in the name of security checks

BHAIRAHAWA, July 30: Locals of Rupandehi have been facing lots of hassles while crossing the border to India due to the... Read More...

Nepali women being sold abroad in the name of foreign employment: SP Bajracharya