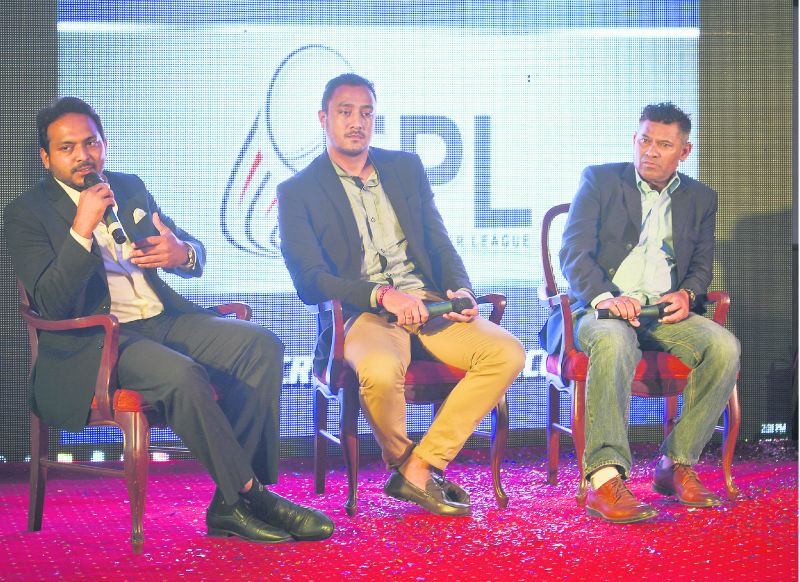 KATHMANDU, July 30: The second edition of the Everest Premier League (EPL) T20 cricket tournament is set to be organized in Kathmandu in December. The tournament will be held at the Tribhuvan University cricket ground.

During an event organized in Kathmandu on Sunday to unveil the tournament’s logo, organizer EPL Pvt Ltd said that the tournament will feature six city-based franchise teams.

In the first edition of the tournament held last year, the franchise teams were formed under the names of corporate houses. But this time the team names will be based on their cities: Kathmandu, Lalitpur, Bhairawa, Birgunj, and Pokhara.

However, the owners of the teams are yet to be finalized according to the tournament founder Aamir Akhtar.

The tournament will be played in round robin league format. The champion team will take home Rs 2.1 million. The prizes for the runner-up and best players are yet to be decided, Akhtar said.

The organizers said that the recruitment of the foreign players was compulsory as per the policy, adding that the players were likely to be recruited from India, Pakistan, Bangladesh, and Australia.

The Nepali players will be divided into three categories -- A, B, and C-- with specific base pay before putting them up for auction, said Akhtar. However he did not reveal the auction date and base money.

Akhtar expressed hope that naming of the teams based on the cities and inclusion of foreign players will make the EPL more interesting this year.

Speaking on the same occasion, national team skipper Paras Khadka said that the players were excited to be part of the tournament. “The last edition was held successfully, which was fruitful for the players. Hopefully, this time it will be even more exciting,” he said.

“We don’t get a chance to play enough domestic cricket. However, this tournament, alongside Dhangadhi Premier League (DPL), will promote Nepali cricket,” Paras added: “And it is coming forth even in the absence of a cricket board.”  Meanwhile, head coach of the national team Jagat Tamata said that the standards of local cricket could be improved by organizing such tournaments more frequently.

“Organizing such tournaments is very important as they provide the local payers an opportunity to showcase their talents,” Tamata said: “Playing with high-quality foreign players also will be very fruitful for them.”