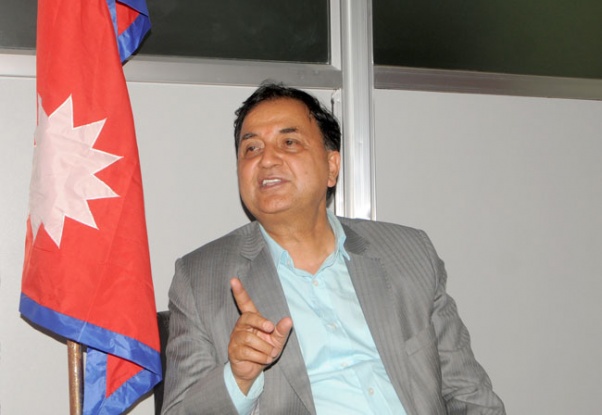 KATHMANDU, Dec 30: Deputy Prime Minister and Minister for Defence, Ishwor Pokharel, has urged the media houses to find out both the weakness and strengths based on the election manifesto of the leftist alliance and government's policies and programs.

At an inaugural session of the 20th general meeting of the Federation of Nepali Journalists, Kathmandu, Deputy Prime Minister Pokharel said that the people sometimes do not get real and factual news because some media houses disseminate news in another way to serve some section.

The DPM also urged the media houses to disseminate the news on the issues like Nijgadh International Airport and Kathmandu-Tarai fast track only after knowing the matters, not at the request of anyone else for personal benefit.

He further clarified that they were ready to provide information to be provided by the government and Nepal Communist Party to the media houses along with other support.

Eight killed in the Valley

KATHMANDU, July 14: At least eight people have been killed in the Kathmandu Valley as heavy rainfall that started from Thursday... Read More...

How risky is dining out during the COVID-19 pandemic?
23 hours ago

686 COVID-19 patients recovered, 204 new cases of coronavirus recorded in the past 24 hours: Health Ministry
1 day ago