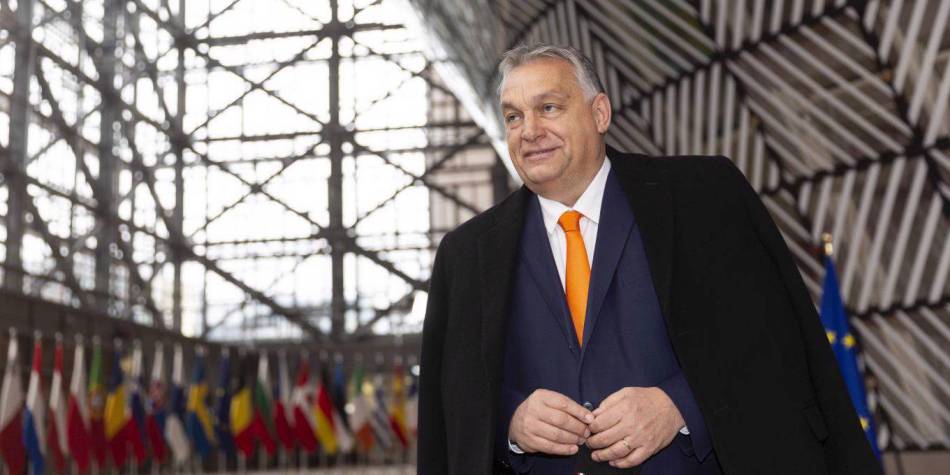 The EU was built on a vision of regime homogeneity. But the bloc has become heterogeneous, with some members breaching liberal-democratic principles.

BUDAPEST – Some details of the midnight budget deal cooked up between German Chancellor Angela Merkel (on behalf of the European Union) and the Hungarian and Polish governments remain hidden. Nonetheless, Hungarian Prime Minister Viktor Orbán is celebrating a victory, whereas opposition parties cheer the EU’s newfound willingness to make its funding conditional on member countries’ respect for the rule of law.

But while Orbán’s critics see the enacted rule-of-law criterion as an appropriate measure against the patronal autocracy that he has established in Hungary, the fact is that the provision would have fallen far short of what is needed.

Like so many of the EU’s existing sanctions related to the misuse of state funding, the new mechanism punishes the victim, not the perpetrator, by threatening taxpayers’ money and public spending, rather than targeting the corrupt practices and personal wealth of Orbán and his cronies. Instead of addressing the question of personal liability, it treats the country as a collective actor. Even if some funding for Orbán’s corruption diminishes, those at the top who have benefited from corrupt schemes will retain the opportunities to keep doing so.

The idea behind such conditionality is that suspending or withdrawing funding will incite public dissatisfaction with the government, leading it to mend its ways. The EU apparently views this form of discipline as part of the democratic learning curve, as if those doing the learning (member-state governments) are actually interested in passing the test.

But Orbán has no such interest. His Hungary is a mafia state; the entire government is operated as a criminal organization. Predictably, the regime has seized on the “rule of law” issue for its own domestic propaganda, saying that Hungary is fighting for “national freedom” and that the country is a victim of the EU empire. At the same time, Orbán can simply shield members of his patron-client network from criminal sanctions, thereby guaranteeing the stability of his regime. This blanket impunity will remain until the matter of personal liability is addressed.

The EU was built on a vision of regime homogeneity: all member states within the “community of values” are supposed to operate as real liberal democracies. But the bloc has become heterogeneous, with some members breaching liberal-democratic principles. This unfortunate reality therefore has revived the old debate about whether the EU should pursue broader expansion or deeper integration.

More than 15 years after the Central and Eastern European ex-communist countries joined, it is clear that “broadening” without “deepening” was a mistake. If the EU is to survive, it cannot enlarge itself further (in the Balkans) without first reforming its internal procedures to ensure its effective operation and countries’ adherence to liberal democracy.

Viewed against this backdrop, the disappointing deal that Germany struck with Poland and Hungary is more harmful morally than procedurally. Until recently, rule-of-law conditionality was seen as a real criterion that lacked an effective enforcement mechanism. But now, the EU has introduced a crude enforcement mechanism in a manner that officially recognizes—and gives an implicit nod of approval to—existing corruption. Never again can the EU say that it doesn’t negotiate with extortionists. No one expects the EU to overthrow a member state’s government. But, at a minimum, the EU should not finance and support autocrats within its ranks.

It is worth noting that just before the Polish government dropped its veto this month, Poland’s state-owned oil company, Orlen, bought the Polish media portfolio from the German publishing group Verlagsgruppe Passau. Some 20 regional daily newspapers (out of 24 such publications in Poland), as well as 120 weekly publications and 500 websites will now be under the heel of Poland’s populist ruling party, Law and Justice (PiS).

Similarly, on the day Hungary dropped its veto, Hungarian competition authorities approved the creation of a “superbank” comprising three banks within Orbán’s patronal network, declaring the move a merger of “national strategic significance.” The main owner of the new institution will be none other than Orbán’s childhood friend, Lőrinc Mészáros, a former gas fitter who has become Hungary’s richest man, supported by corrupt schemes mostly connected to EU-funded public procurement projects.

Clearly, the only serious way to tackle corruption in the EU is through personal liability. One option would be to introduce a sanction akin to the US Magnitsky Act, applied not only beyond the EU but within it as well. Rather than simply assuming that the self-correcting tendencies of democracy will resolve a situation like that in Hungary, this approach presumes the opposite, targeting violators directly. And if corrupt siphoning of EU funds is suspected, the companies and individuals involved should be barred from all future EU-funded procurement procedures. Moreover, recipients of EU funds should be subject to the EU Public Prosecutors’ authority. Until they are, the EU should directly fund nongovernmental organizations dedicated to defending the rule of law and persecuted by local autocrats.

A further necessary measure is to eliminate wayward member states’ right to exercise national vetoes over EU decision-making. Vetoes are disruptive not only for large, political communities: after the regime change in 1989, Hungarian law held that condominium co-owners must agree unanimously on any changes to day-to-day operations. In 1997, this was amended to permit changes following a qualified majority vote; democracy was maintained, but one or two fervent co-owners could no longer block decision-making.

As a kind of “supranational condominium,” the EU would do well to pursue a similar change in its decision-making process. Otherwise, it should reconcile itself with more threats to shared principles, more extortion, and more loss of legitimacy in the coming years.

KATHMANDU, June 5: On the occasion of the World Environment Day, the European Union (EU), the Ministry for Foreign Affairs... Read More...

The epidemic of media capture will continue to spread. As long as it does, no country will be safe from... Read More...