European Union tariffs on US products comes into force 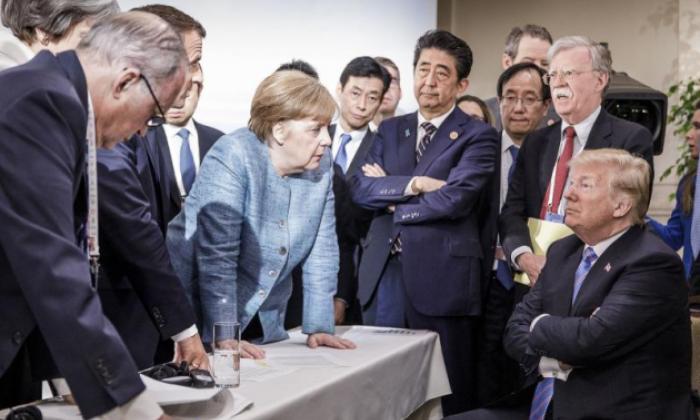 The European Union is set to slap tariffs on 3.4 billion dollars (£2.5 billion) in American products, from whiskey and motorcycles to peanuts and cranberries.

India and Turkey have already targeted US products, ranging from rice to autos to sunscreen, and in two weeks, the United States is to start taxing 34 billion dollars (£25 billion) in Chinese goods.

Beijing has vowed to immediately retaliate with its own tariffs on US soybeans and other farm products in a direct shot at President Donald Trump's supporters in America's heartland.

Cecilia Malmstrom, the EU's trade commissioner, acknowledged that the EU had targeted some iconic American imports for tariffs, such as Harley-Davidson motorcycles and bourbon, to "make noise" and put pressure on US leaders.

John Murphy, a senior vice president at the US Chamber of Commerce, estimates that 75 billion dollars (£56 billion) in US products will be subject to new foreign tariffs by the end of the first week of July.

"It will be a disaster," said Nagesh Balusu, manager of the Salt Whisky Bar and Dining Room in London and expects the European Union's tariffs to add more than seven dollars (£5.20) to the price of a bottle of Jack Daniels, which is imported from Tennessee.

"It's going to hit customers, that's for sure. How they'll take it, we'll have to wait and see."

As painful as the brewing trade war could prove, many have seen it coming.

Trump ran for the presidency on a vow to topple seven decades of American policy that had favoured ever-freer trade among nations.

He charged that a succession of poorly negotiated accords - including the North American Free Trade Agreement and the pact that admitted China into the World Trade Organisation - put American manufacturers at an unfair disadvantage and destroyed millions of US factory jobs.

He pledged to impose tariffs on imports from countries that Trump said had exploited the United States.

Late last month, Trump proceeded to infuriate US allies - from the EU to Canada and Mexico by imposing tariffs of 25% on imported steel and 10% on aluminum.

Russia raises tariffs on US products

KATHMANDU, Jan 1: CPN-UML leader Subas Nembang has pledged to develop the sports sector after the formation of the left government. Read More...