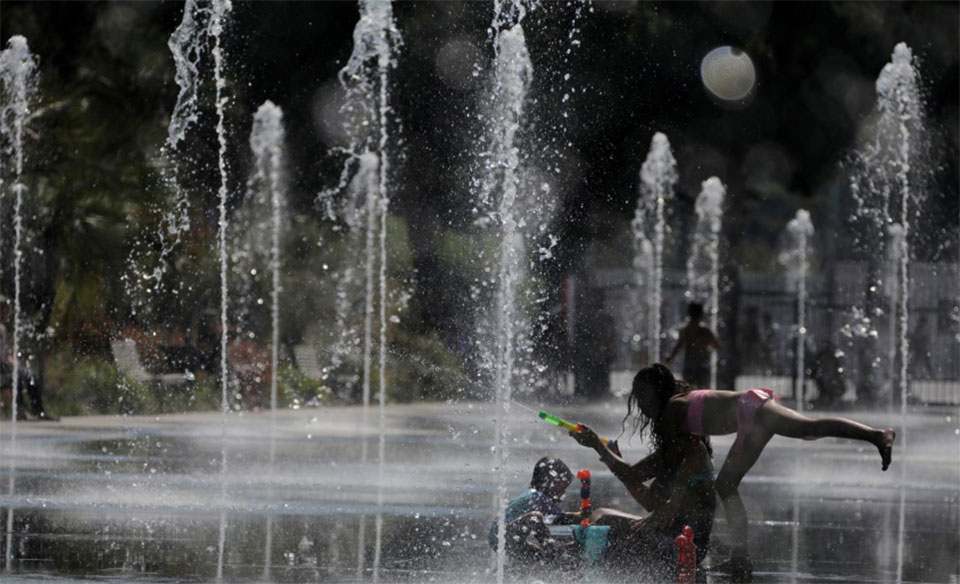 FILE PHOTO: People cool off in a fountain in Nice during a heatwave that has enveloped much of France, June 27, 2019. REUTERS/Eric Gaillard/File Photo

GENEVA, June 28: This year is on track to be among the hottest ever and that would make 2015-2019 the world’s hottest five-year period on record, the World Meteorological Organization said on Friday.

It is too soon to definitely attribute Europe’s current blistering heatwave to climate change but it is “absolutely consistent” with extremes linked to the impact of greenhouse gas emissions, the United Nations agency said.

“We are still only the end of June, but it seems like the earth is set to experience its five warmest years on record, so that is 2015 to 2019 inclusive,” she said. From January to May, 2019 ranked as the third warmest year, she added.

G20 negotiators in Osaka, Japan are wrangling over the wording of a summit communique on fighting climate change, with the United States seeking to dilute the language against European opposition, according to sources and drafts of the text.

UNITED NATIONS, Sept 22: Almost 90 big companies in sectors from food to cement to telecommunications are pledging to slash... Read More...

An intense heatwave is affecting large swathes of Europe, with temperatures soaring above 40C in many regions. France is starting... Read More...