EU to hold Brexit summit for 27 members on April 29 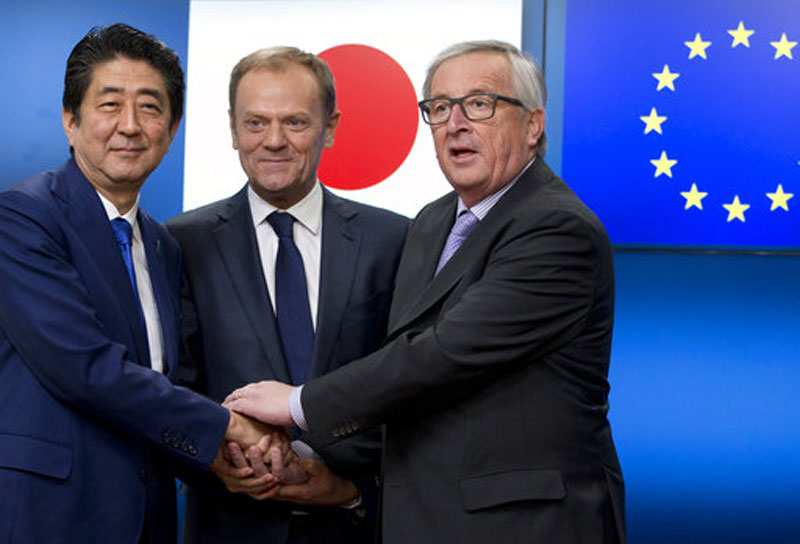 BRUSSELS, March 21: Once Britain decides to trigger divorce proceedings next week, the 27 other European Union nations will be taking a month to decide on the negotiating framework to achieve the best-possible split-up for the bloc.

They will hold a special Brexit summit on April 29 to draw up guidelines for the negotiations to follow. EU Council President Donald Tusk said Tuesday that the aim will be to "do everything we can to make the process of divorce the least painful for the EU," Tusk said.

Once the summit is over, it might take another few weeks for legal and institutional processes before the negotiations can start in earnest, perhaps in the middle of May. The talks themselves should be over by March 2019.

Beyond Tusk, other EU nations are also increasingly starting to think about how to protect EU interests in the face of the British rupture.

"It cannot be like it was before, otherwise it would be a waste of time to have a Brexit. There will be consequences," said French finance minister Michel Sapin.

It promises to be a legal and political battle royal between Britain, the world's No. 5 economy, and the EU, a vast single market of 500 million people. If both sides agree, the negotiating deadline can be extended.

Tusk said Tuesday that "Brexit guidelines" will aim to give citizens, companies and all member states "certainty and clarity" on how the talks will go.

Britain — which is excluded from the summit — announced Monday it will formally trigger negotiations to exit the EU on March 29. That is expected to create two years' uncertainty for all sides because no member state has ever walked away from the bloc.

The EU insists Britain needs to fully disentangle itself from the bloc before negotiating new relations, while London hopes the two can go hand in hand to speed up proceedings.

Sapin doesn't hold out many chances for Britain's view to prevail.

"Then, secondly, once we've got an idea of the burden of separating, it will be a question of examining the conditions for maintaining relations between Britain and the European Union."

Britons voted in a June referendum to leave the EU after more than 40 years of membership.

Tusk stressed again how unfortunate he thought it was for Britain to leave, but said that the first task now was "to create as much certainty and clarity as possible for all citizens, companies and member states that will be negatively affected by Brexit, as well as our important partners and friends around the world."

The summit will give EU negotiator Michel Barnier a framework to deal with the British side. Tusk is expected to make his proposals for the guidelines before the end of the month.

U.S. Secretary of State Pompeo in India on first leg of Asia trip
8 hours ago

Celebrate Dashain from where you are: PM
16 hours ago