EU braces for secondary US sanctions 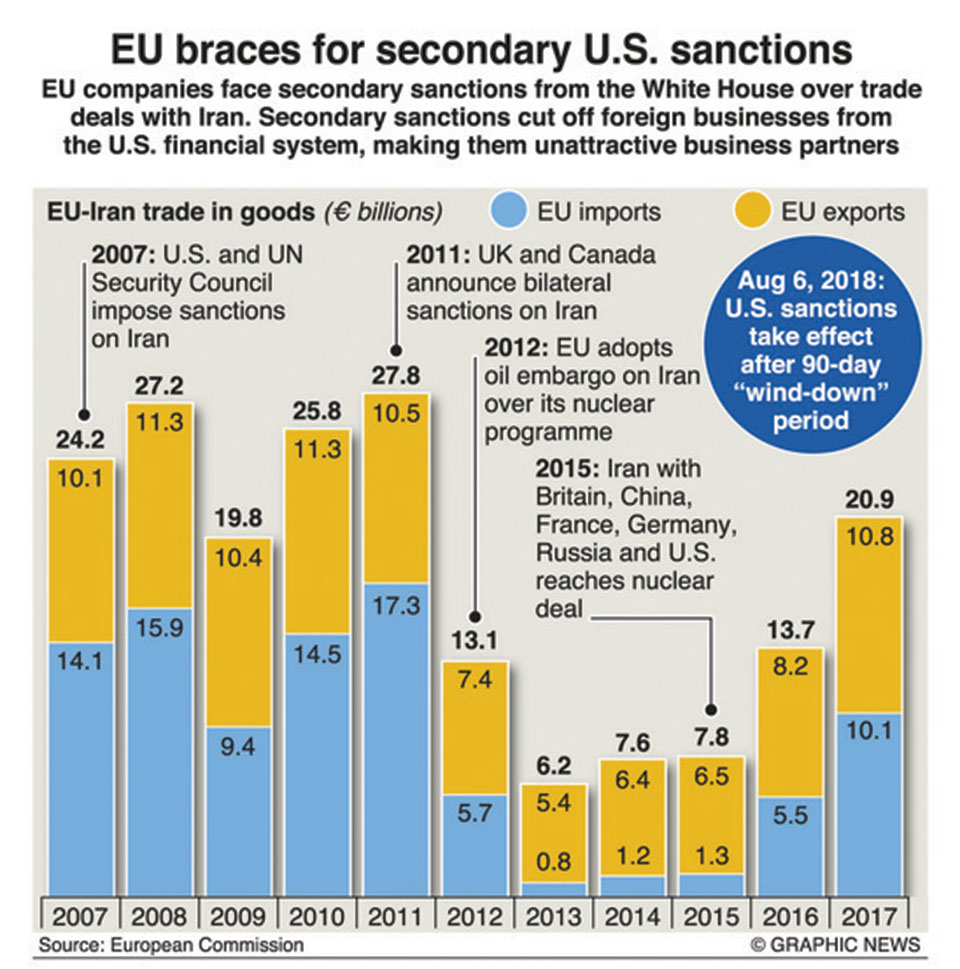 Boeing planned to sell 80 jets to Iran Air. The first aircraft was due to be delivered this year. Boeing had also agreed to sell 30 737 MAX aeroplanes to Aseman Airlines, another Iranian carrier.

European rival Airbus, which has a plant in Alabama, had agreed to sell 100 aircraft, worth $19 billion, to Iran. U.S. Treasury Secretary Steven Mnuchin on Tuesday told reporters that he would revoke licenses for Boeing and Airbus to export commercial planes, related parts and services to Iran after a 90-day period.

French oil giant Total signed a $5 billion contract with the National Iranian Oil Company in July 2017 for the development and production of phase 11 of South Pars, the world’s largest gas field. Now its stake in the project will probably be taken over by its Chinese partner, CNPC -- Beijing, unlike Paris, is willing to challenge president Trump.

EU braces for Brexit talks collapse as May falters

BRUSSELS, Oct 7: As in-fighting consumes the British government, Europeans have stepped up quiet preparations for a possible collapse of... Read More...

EU extends Russia sanctions over Crimea for a year

BRUSSELS,  June 19:  The European Union has extended sanctions against Russia for a year over its annexation of Ukraine's Crimean Peninsula... Read More...