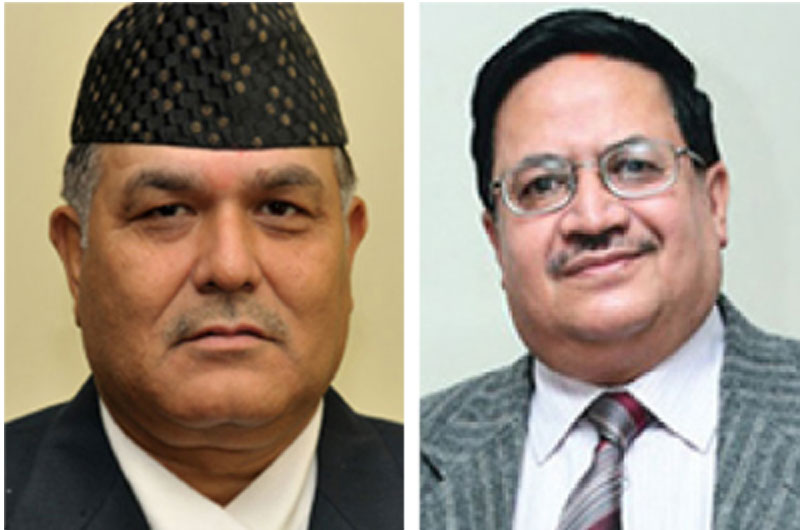 On the very day that the Supreme Court annulled the appointment of Lokman Singh Karki to the post of Chief Commissioner of the Commission for the Investigation of Abuse of Authority (CIAA), on January 8, 2017, in Las Vegas a company was unveiling ‘Laundroid,’ a robot that could wash, dry and fold clothes.

But do they really?
While the Laundroid rescues humanity from the banal activity of folding clothes, it also deeply unnerving, threatening to the process of bringing people together. I loved the family banter as we huddled around a laundry basket. At college, I remember countless afternoons helping a fellow student fold her clothes. Without the act of folding clothes, how will men woo again? How will families huddle together?

In the analogous case of Karki, there is unfortunately no such silver lining.

The Supreme Court ruled Karki was ineligible for the post of Chief Commissioner on a mere technicality. The appointment, the justices said, violated the requirement for minimum years of service because “his tenure in the Royal Palace Service could not be counted as experience in the field of accounting, revenue, engineering, law, development or research.”

The justices also ruled that Karki lacked “moral standing in line with Clause 5 (C) of Article 119 of the Interim Constitution.” But they offered no guidance on how exactly “moral standing” was to be determined, let alone weigh in on the larger question of whether there would be anyone left standing if morality were an actual consideration in Nepali politics.

The Supreme Court’s ruling defied common sense. Lower courts had previously ruled against the petitions. Karki had already been in office for several years. Parliament was debating an impeachment motion against him.

Karki’s nomination had been widely criticized when it was first made. There were also widespread charges that the Indians were behind the move. Nepalis are prone to blaming the Indians, Chinese and other unnamed foreign powers for all their ills. Whatever the case, Karki’s appointment was executed by our own leaders.

The parties had nominated him, government had endorsed the nomination and the President had approved it. Karki’s appointment was a domestic political decision. It was silly for the courts to rule that he lacked experience and moral standing when his appointment had been a political negotiation without consideration of experience or moral standing.

Public appointments in ministries and agencies are widely regarded to be corrupt. In the public consciousness, Karki’s appointment is similarly draped with corruption. The court’s decision to annul Karki’s appointment now, that too on a technicality, simply validates to the public that the whole process was a farce. The ruling offers no sense of justice, only an indication that the power center has shifted.

During his time in office, Karki reportedly overstepped his power and created a parallel power structure. Fed up with his excess or perhaps because the political dynamics were now different, parliament did initiate impeachment proceedings against Karki. But the court’s ruling has pre-empted parliament. Parliament has now decided it won’t move ahead with the impeachment—how convenient for everyone.

The court’s ruling on Karki could have been easily forgotten as a one-off blemish were it not for the case of Pradeep Jung Pandey. Together the cases point to a pattern that challenges the legitimacy of the state.

Until April 2014, Pandey was a fine upstanding member of society, a leading business personality that had served two terms as Vice President of the Federation of Nepalese Chambers of Commerce and Industry (FNCCI), Nepal’s apex business association.

Then he made the tragic mistake of running and winning the election to the post of President of FNCCI. It was a bruising election where business personalities displayed a lust for power mirroring the vulgarity of Nepali politics.

Immediately after winning the election, it emerged that Pandey had been convicted of a crime some 30 years ago. He had served time but apparently not the whole sentence.

Pandey argued that he had received a royal pardon. He remained defiant, declining to relinquish the post of FNCCI president as his detractors filed petitions in court demanding his arrest.

The games that followed were ugly. In the months that followed, Pandey’s detractors persisted, but he remained defiant. It became clear that Pandey’s case was not going to be about justice—it was going to be about who could better exercise the powers of the state. In the end, like in Karki’s case, the courts convicted Pandey on a technicality, ruling that Pandey couldn’t prove he had been pardoned.

Shortly after his conviction, Pandey resigned from his post of FNCCI president and was promptly pardoned by the President on the recommendation of the government. Once he had given up on his ambitions of being FNCCI president, he was fully rehabilitated back into a fine upstanding member of society, a leading business personality that he had been before he won the FNCCI election.

Karki’s and Pandey’s cases point to a worrisome trend that is undermining the legitimacy of the state of Nepal. Never was this level of vindictiveness visible in Nepal. Although Nepal continues to witness unstable politics, reversals like Karki’s or Pandey’s cases were previously rare.

In both the cases, power was exercised from outside the state by civil society. While it is easy to sympathize with civil society champions, what is the role of the state if the courts cede space to the righteousness of civil society vigilantes? The very legitimacy of the state is in question when courts intervene based on weak rules and offer subjective judgments that are open to outside influence.

Karki’s case, for instance, belongs in parliament. They are the ones that put Karki in CIAA and they need to decide what to do. If Karki did overstep his bounds and abuse his authority, he should be impeached by parliament, not thrown out by the courts.

Pandey’s case required a broader review of the system’s failings. He needed to be protected by the statute of limitations. His fault this time around was not that he committed a crime 30 years ago—it was that he won the FNCCI elections.

As civil society, we first have a responsibility to demonstrate a higher level of “moral standing” than our political leadership. If we all exert influence on the already weak system for our self-interest, things can only further fall apart.  Second, we can’t correct political wrongs by wistfully imagining that justice will be delivered by some other part of the system: it won’t—the whole system is broken.

As civil society, we must be able to find a way to exert greater pressure on our political system without entirely dismantling our institutions. However broken, we need our institutions to remain and the legitimacy of our state not to be questioned.

Anarchy, even if delivered by justices, isn’t going to help us rebuild our country.