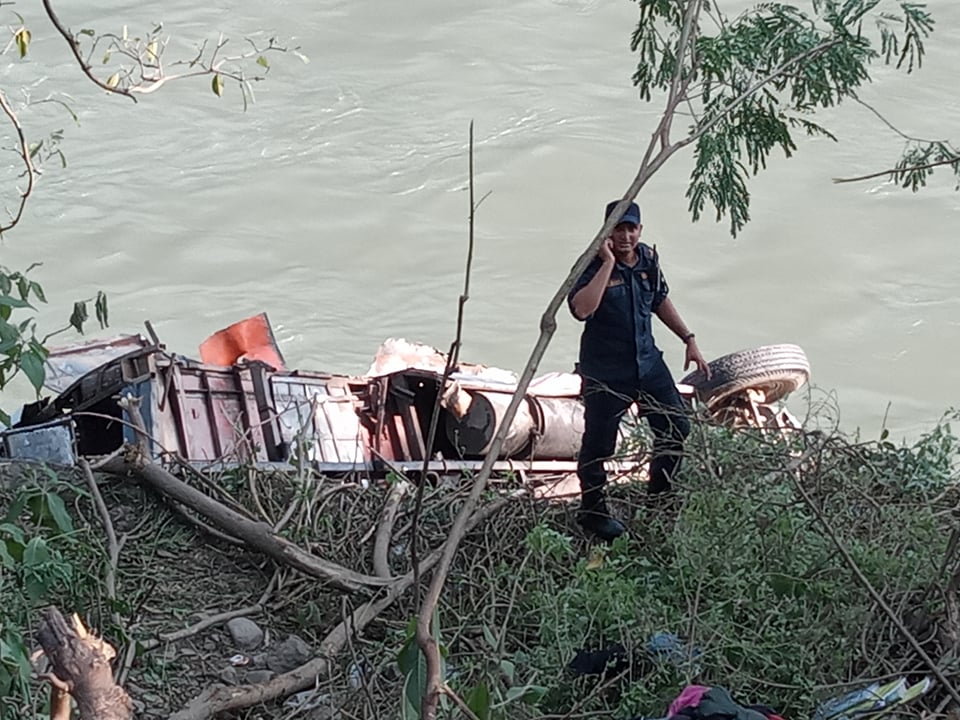 DOLAKHA, Nov 5: Smooth transportation service is yet a farfetched dream for most of the people across the country. In hills, people’s mobility is further challenged due to insufficient number of public vehicles. Road accidents grab headlines every now and then and yet this has failed to draw serious attention of the government.

Sunday’s bus accident in Sindhupalchowk was just another tragic outcome of the poorly managed and regulated public transport system. The accident, which claimed 18 lives and injured over 50 people, has left many families in the district in agony.

All the 18 deceased were from Shailung Rural Municipality and this has put the rural municipality in a state of deep shock and mourning.

“We are mourning the tragic loss of our loved ones. The entire rural municipality is in a state of shock and grief,” said Kiran Basnet, chairperson of Shailung Rural Municipality. “It is very tragic to witness this tragedy. People were still in festive mood and the accident came as a huge blow for all of us.”

Some months residents of this rural municipality had demanded opening of direct bus service from Baghkhor Bazar of the rural municipality to Kathmandu. But the demand did not materialize. Later, they made a deal with the Araniko Transport Committee to supplement for the arrangement.

However, the agreement was not followed through. “We are now connected to the roads, but stating that they would not get sufficient passengers, transport entrepreneurs were not ready to operate direct bus to Kathmandu. It is a very sorry condition,” Basnet said.

Basnet stated that nine people from Shailung village died and the remaining were from other villages of the rural municipality. Following the tragedy, the rural municipality closed all its public offices, schools and organizations to mourn the deceased. “This is a huge loss to us,” said Basnet.

The accident occurred when the ill-fated bus (Ba 2 Kha) en route to Kathmandu from Deurali area of the district skidded off the highway at Sukute area along the Araniko Highway. It plunged into the Sunkoshi River.

According to police, most of the passengers were return to capital from their home towns after celebrating the festival of Tihar and Chhat. This was a celebration turned into sorrow.

“Many had just bid a sweet good bye to their near and dear ones, the celebrations of Tihar and Chhat had just been over. And the accident killed and injured so many people. It’s tragic,” said Basnet.

SINDHUPALCHWOK, March 23:  Three people were killed while 16 others sustained injuries when a bus met with an accident at Charghare... Read More...

It's been a decade since the world lost King of Pop Michael Jackson. Mourning his demise, his estate released a... Read More...