England's Ball in doubt for warmup game, Garton drafted in 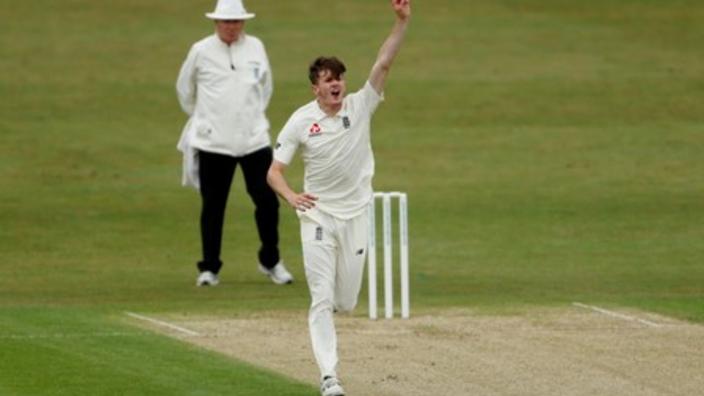 SYDNEY, Nov 11: England seamer Jake Ball is likely to miss the tourists’ final warmup ahead of the first Ashes test against Australia after suffering an ankle ligament strain in the tour match at Adelaide Oval.

Sussex left-arm seamer George Garton has been brought in as cover for the four-day match in Townsville, the final hit-out for Joe Root’s side before the series-opener at the Gabba in Brisbane on Nov. 23.

Ball bowled just four balls of his fourth over on Thursday before the 26-year-old collapsed in his delivery stride and limped off Adelaide Oval during the day-night tour match which wraps up later on Saturday.

“Scans revealed that he has sustained a right ankle ligament strain,” the England and Wales Cricket Board said in a statement.

“The England medical team will assess the injury over the next seven days and he will play no further part in the Adelaide match.”

England’s pace bowling stocks took a hit earlier this week when Steven Finn was ruled out of the tour with a knee injury and replaced by Tom Curran.

Garton will return to the England Lions side, who are about to tour Australia, after the Townsville match ends on Nov. 18.

The director of the film ‘Saladin’, based on iconic Muslim ruler Salahuddin Ayyubi, Umar Agha claims the teaser of the... Read More...

RAJKOT, India, Nov 11:  Cheteshwar Pujara was one short of his century and Murali Vijay was 86 not out as India... Read More...