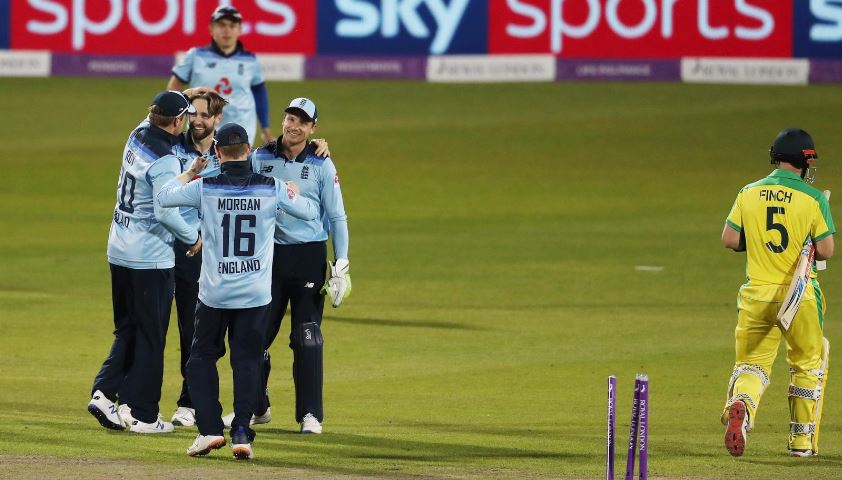 MANCHESTER, Sept 14: England won the second ODI by 24 runs to level their three-match series against Australia after the visitors, chasing a modest target of 232, suffered a dramatic collapse on Sunday.

Australia appeared to be cruising as they reached 144 for two thanks to a 107-run third-wicket partnership from captain Aaron Finch (73) and Marnus Labuschagne (48) before capitulating to 207 all out.

Chris Woakes triggered the collapse when he had Labuschagne lbw, beginning a run which saw Australian lose three wickets for one run in eleven deliveries.

“That’s as well as we’ve bowled for a while,” said England captain Eoin Morgan. “We took advantage of conditions, the ball reverse swung a little bit, went up and down. Our group of four seamers were outstanding.”

England also got themselves off the hook during their own innings. Having won the toss and chosen to bat, they ambled along at a pedestrian pace with Joe Root needing 73 balls for his 39.

Archer made two early breakthroughs in Australia’s innings when he had both David Warner and Marcus Stoinis caught by Jos Buttler to leave Australia at 37-2.

But Finch -- who escaped a run out in the first over -- and Labuschagne appeared to have put Australia in charge, prompting Morgan to bring Archer and Woakes back into the attack.

Alex Carey kept Australia in contention, although it was slow going as they managed one boundary in a 16-over spell, before being stumped off Rashid in the penultimate over.

“England squeezed us - they bowled a really good length. It was hard to hit boundaries but I’m still very disappointed,” said Finch.

“It was getting more difficult as the match went on but that’s no excuse for the collapse. It probably wasn’t the greatest viewer match but it was good to see an equal match between bat and ball.”

SYDNEY, Nov 20: The new Perth Stadium will host the one-day international between England and Australia on Jan. 28, Cricket... Read More...

Sri Lanka puts England in to bat in final ODI

Kalikot DAO closed for a week after staffers contract COVID-19
10 minutes ago
99 Nepali workers set out for Israel; labor minister, ambassador reach TIA to see them off
39 minutes ago