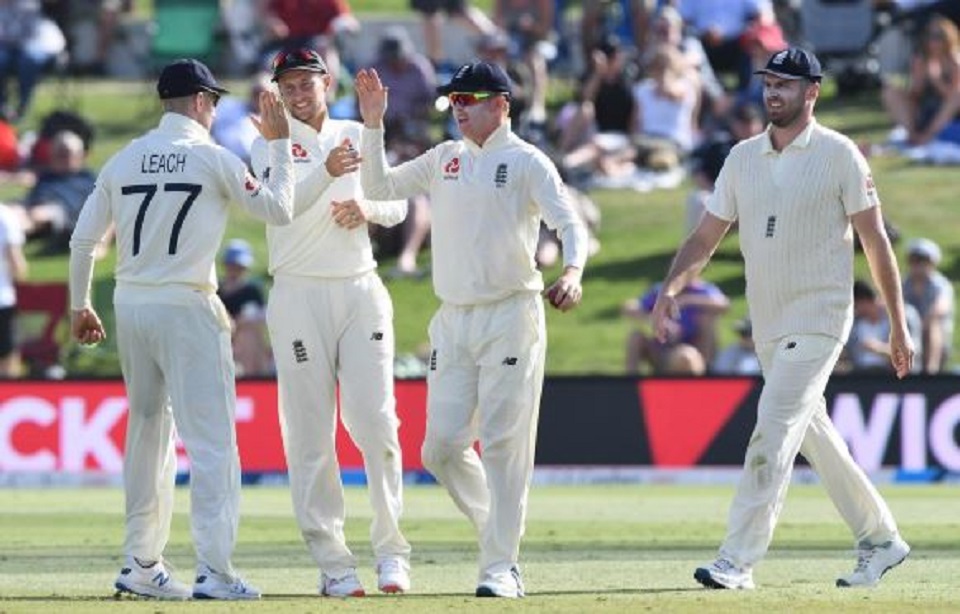 WELLINGTON, Nov 22: Jeet Raval and Kane Williamson were rebuilding New Zealand’s innings after the loss of opener Tom Latham for eight as the hosts reached 50-1 at tea on the second day of the first test against England at Bay Oval on Friday.

Williamson was 23 not out while opener Raval was on 10 as New Zealand began their pursuit of England’s 353 in Mt. Maunganui after Neil Wagner had wrapped up the tourists’ innings about an hour after the lunch break.

Latham was the only New Zealand wicket to fall when he was trapped in front by Sam Curran in the left-armer’s first over.

There was some debate as to whether Latham had nicked the ball onto his pad, but he chose not to review the decision.

Wagner finished off England’s innings when he bowled Stuart Broad for one having broken an important 52-run partnership between Jos Buttler (43) and Jack Leach in his previous over when he had Buttler caught at deep point by Mitchell Santner.

Santner had actually been off the field signing autographs shortly before Wagner began his run up and was perhaps unsighted by the wicketkeeper-batsman, who had been dropped by Raval in a similar position in the previous over.

Buttler’s partnership with Leach thwarted New Zealand’s push to bowl them out before lunch after Tim Southee sparked a mini-collapse with three quick wickets and a sharp catch in the slips.

Ben Stokes top scored with 91 before his dismissal sparked the collapse. Southee finished with 4-88 and could have had a five-wicket haul had Raval not dropped Buttler.

KATHMANDU, Oct 28: At a time when the number of dengue patients is on the rise, the government has not... Read More...

RSP to make Rabi Lamichhane chairman of the party again
6 hours ago
Two injured as a man tries to self-immolate in Pokhara, woman's condition critical
6 hours ago