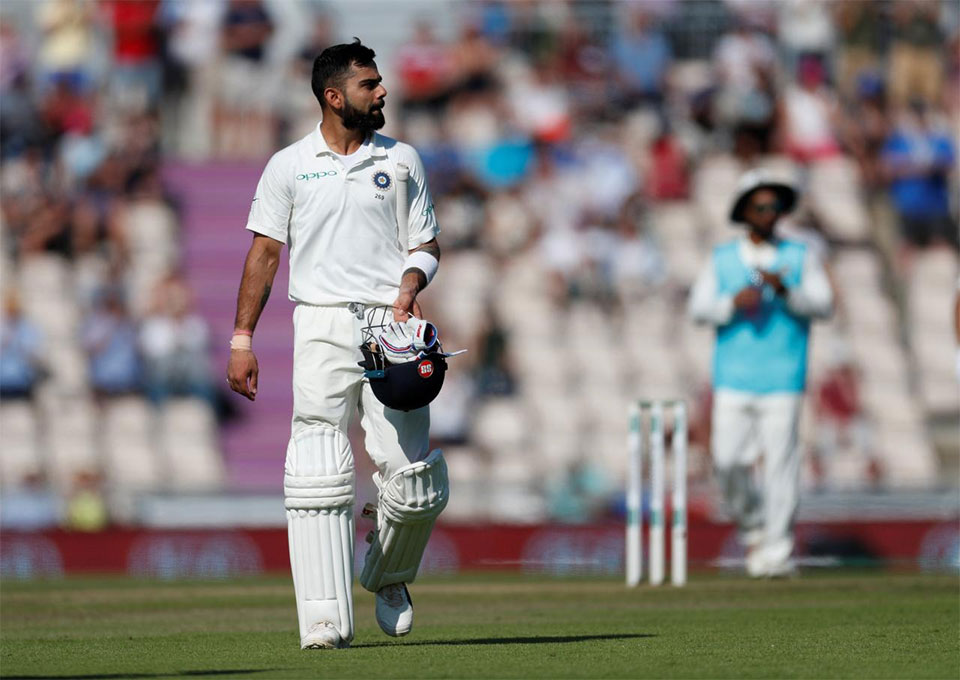 Sept 3: India skipper Virat Kohli said the England’s “frustrating” lower order batsmen proved the difference as the hosts won the fourth test in Southampton by 60 runs for an unassailable 3-1 lead in the series.

ENGLAND, Sept 3: India skipper Virat Kohli said the England’s “frustrating” lower order batsmen proved the difference as the hosts won the fourth test in Southampton by 60 runs for an unassailable 3-1 lead in the series.

Set 245 for a series-levelling win, India were bowled out for 184 on Sunday and Kohli said his team were undone by the likes of Sam Curran, Ben Stokes, Moeen Ali and Jos Buttler defying their bowlers in both innings.

“It is quite handy to have guys who can strike the ball well at six, seven and eight because you have nothing to lose,” Kohli told reporters.

“Once you get a partnership going it can be frustrating for the opposition.”

England’s four batsmen in those three positions added close to 300 runs in the match with Curran in particular impressing on his recall to the team by scoring 78 and 46.

India’s Hardik Pandya, Rishabh Pant and Ravichandran Ashwin managed 48 runs from the same three spots, further highlighting the batting woes of the tourists in the series.

“No team likes to see players getting runs lower down but they have guys who are fearless and back their skills,” Kohli added.

“I would like to congratulate Sam Curran, he has been a nice find for England and he is doing really well for them.”

The fifth and final test starts at The Oval on Friday.

PORT ELIZABETH, Jan 21: England have set the template for how they want to play test cricket by hitting a big... Read More...