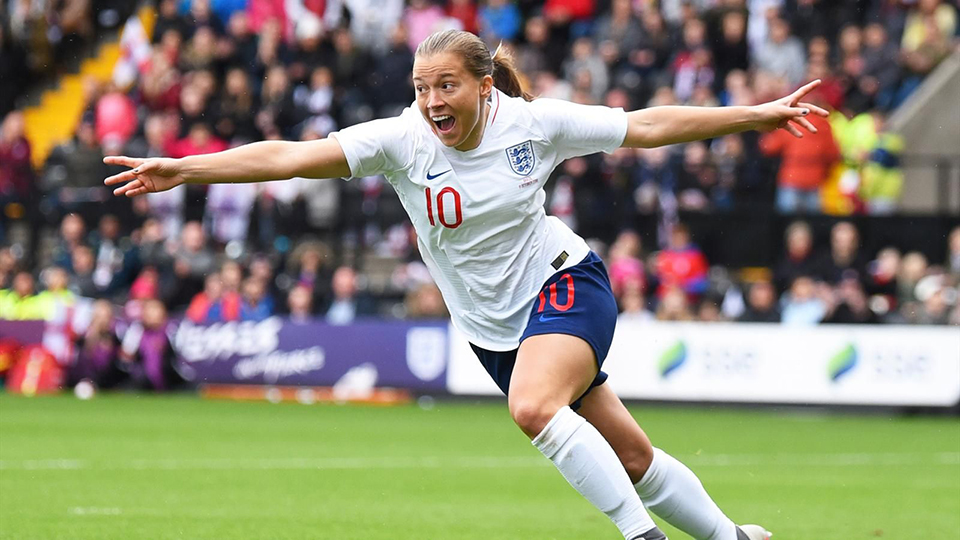 LONDON, May 25: England must first win the women’s World Cup before they can start a discussion on equal pay with their male counterparts, Lionesses forward Fran Kirby said.

England, who finished in third place in the 2015 edition, is currently ranked third in the women’s world rankings and are among the bookmakers’ favorites, along with hosts France and United States, to win the World Cup which begins on June 7.

“Ultimately we need to grow the women’s game,” Kirby told reporters on Friday. “That’s the biggest issue, it always has been. Then you can talk about equal pay and everything else.

“We need to win the World Cup to have a leg to stand on in those situations. But if we keep improving the game on and off the pitch, those arguments can start to creep in.

“We’re doing the same job as the men but I understand that we’re not filling out stadiums — that makes it difficult to have that argument. As the women’s game improves and progresses, then they’re the conversations we can start to have.”

The U.S. women’s national soccer team, who are the defending champions and ranked number one in the world, sued the country’s federation in March with allegations of gender discrimination with complaints about wages and working conditions.

The U.S. players said they have been consistently paid less money than their male counterparts even though their performance has been superior to the men’s team and Kirby said winning the World Cup allowed them to make such demands.

“The USA are in dispute at the moment but they’re selling out arenas,” the 25-year-old added. “They’ve won the World Cup and have some of the best players in the world in their team. They’re in a position to do that.”

England begin their World Cup campaign in Group D against Scotland on June 9 before taking on Argentina on June 14 and 2011 champions Japan five days later.

CAPE TOWN, Jan 1: A buoyant South Africa will seek to drive home their advantage at a favourite venue as... Read More...

Juggling between work and family life, working parents play the double role even in this time of pandemic
3 hours ago
Reimagining regulations
18 minutes ago

Nepal should act as the peacemaker
33 minutes ago