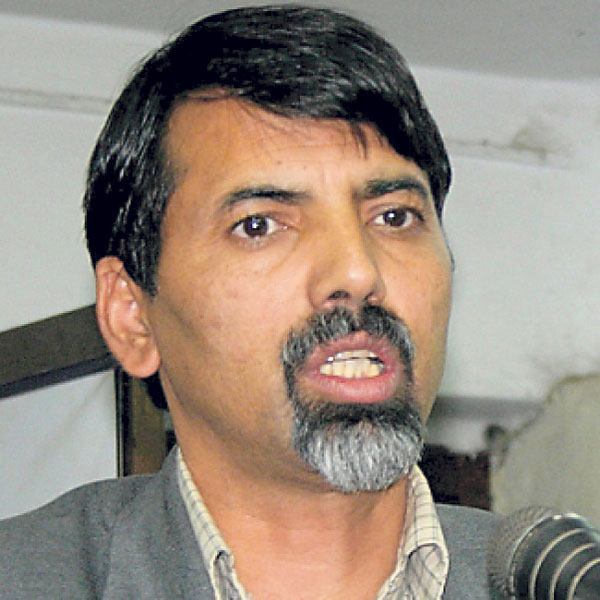 KATHMANDU, Sept 19: Though the country is reeling under acute energy crisis, the government does not have any official figure of energy demand at present and demand forecast for coming years.

The government had formed at least three committees to study demand forecast. Their reports are gathering dust awaiting their endorsement by the cabinet meeting.

Interestingly, new energy ministers shy away from taking ownership of the reports.

Minister for Energy Janardan Sharma has also refused to take ownership of past study reports. He, too, has formed a new team under Jeebachh Mandal, a joint secretary of Water and Energy Commission Secretariat (WECS), to prepare new energy demand forecast. The taskforce comprises of representatives from the Ministry of Irrigation, Ministry of Physical Infrastructure and Transport, and Ministry of Industry, among others.

Talking to Republica, Mandal said he does not know why the previous demand forecasts were not endorsed by the government“ "We have launched a new stud”," he said, adding that the new demand forecast will include energy demand for special economic zones (SEZs), electric trains and irrigation facilities, among others.

Unveiling short-term and long-term energy development on Friday, Minister Sharma argued that WECS is the only authorized agency to forecast energy demand.

Minister Sharma also expressed dissatisfaction over the Investment Board Nepal which has prepared a projection report titled 'Energy Demand Projection by 2030', forecasting energy demand of 10,000 MW by 2030. The report is yet to be endorsed by the cabinet.

He said the energy demand at present could be above 10,000 MW provided that consumers get needful supply round the clock.

The government has been criticized for neglecting documents like National Energy Strategy 2010 and Energy Vision by 2050 prepared in 2014. Both the documents had projected energy demand and also suggested reform measures to expedite electricity generation by harnessing hydropower.

Amrit Man Nakarmi, professor at the Center for Energy Studies at the Institute of Engineering, Tribhuvan University, criticized the government for neglecting National Energy Strategy 2010 and Energy Vision by 2050. "Launching studies one after another will lead us nowhere if we do not really put the same into action," added Nakarmi.

Nakarmi also criticized the government for sidelining the Energy Crisis Reduction and Electricity Development Decade (2016-2026) Master Plan unveiled in February. Sharma did not mention anything about the master plan which was prepared to be self-reliant in energy on the back of energy crisis that emanated from the Indian blockade.

Experts often say that the demand forecast of Nepal Electricity Authority is suppressed and that it only takes into account its existing distribution network only.

SALYAN, May 9: Energy Minister Janardan Sharma has brushed off the reports about misappropriation of money in the process of... Read More...