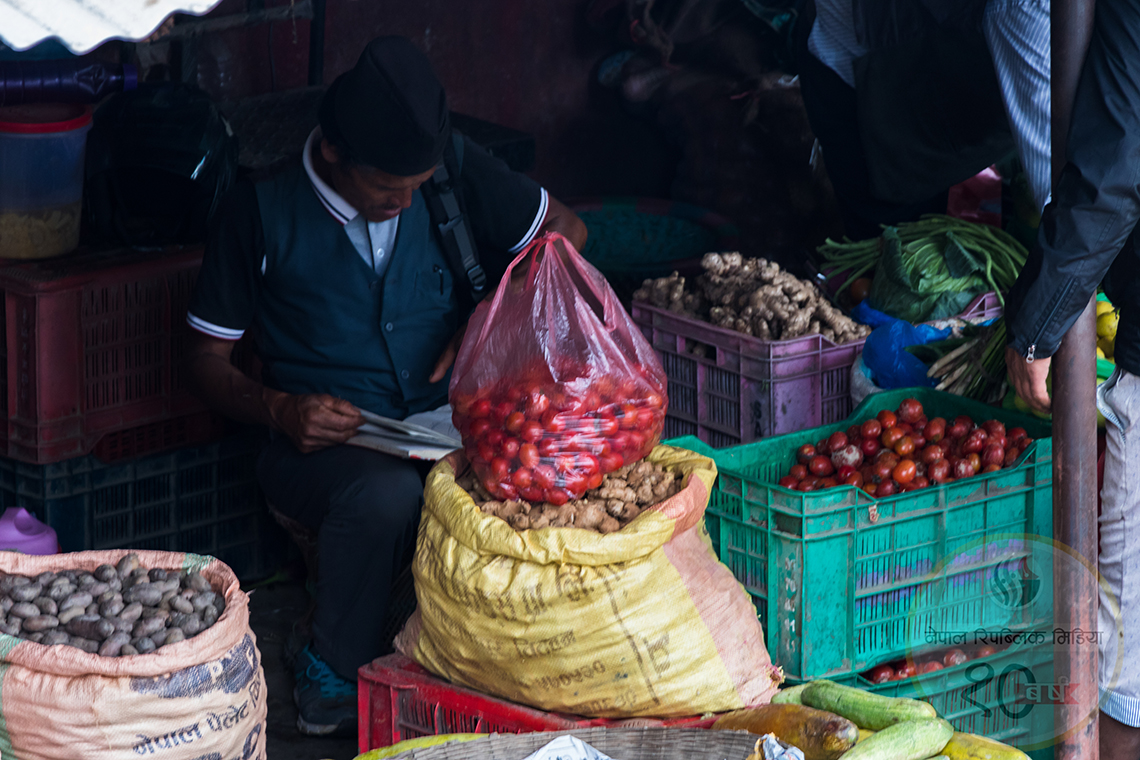 Nepal is the 24th most vulnerable country in the world to the impacts of climate change, according to Global Climate Rate Index 2017.  The streets of Kathmandu are occupied with the vehicles while the atmosphere above them is contained with dust and carbon from gases. Household, commercial and institutional wastes are pivoted directly to various rivers of Kathmandu, thereby leaving it lifeless, whilst other species living on land are slowly suffocating. The rivers, landfills and road corners are stuffed with heavy volumes of human thrown wastes and garbage.

One of the human prepared trashes is the non-biodegradable plastic made from petroleum product. The use of plastic highly increases the risk to global warming.  Plastics are a major treatment and disposal problem as they are relatively inert. Different plastic degrade at different times.  On average, a plastic bottle takes 450 years to degrade while plastic bags take 1,000 years.

Plastics, when burnt, releases poisonous gases into the air we breathe. If buried in the soil, it decreases fertility. If left in water, they kill the aquatic and land animals by entangling and suffocating them.

Bagmati Cleanup Campaign has crossed 200 weeks of cleaning and clearing out the wastes. On average 35 metric tons of waste is managed to clean up from the weekly operation. However, bringing an end to wastes around the rivers, including plastic pollution, is yet to see significant change.

Addressing the cleaners in the cleanup campaign in Hanumante River during his short stint as the Minister for Population and Environment, Lalbabu Pandit said "The factories producing non-biodegradable plastic bags would be banned from production and organic bags would be promoted." That day, 10 metric tons of garbage was extracted from the Hanumans River.

Ministry of Science, Technology and Environment (MOSTE) followed this initiative in April of 2013 in Kathmandu Valley, but the ban has remained unimplemented. The ban was also enforced in municipality level, Hetauda municipality being the first to call the ban in 1998.  Other municipalities followed suit and in 2010 and 2011, Ilam and Baglung banned plastic bags and black plastic bags respectively. Years later, the ban is yet to yield significant results across the country.

Lack of cooperation from civil society is considered one of the main reasons for ineffective enforcement of banning plastic bags. As long as plastic bags are given for free to customers while buying products, implementing the ban is difficult, especially until customers are responsible and bring sturdier bags on their own. Moreover, regular monitoring of government and concerned stakeholders in marketplaces also has hindered effective implementation of the ban. There are hardly any awareness raising campaigns, and a weaker discussion and cooperation from and with retailers and stakeholders make it difficult to end the use of plastics from our lives.

In malls and supermarkets, selling of plastic bags is comparatively lesser than smaller shops. They rather sell cotton and paper bags and charge some amount for purchase.

A social organization Himalayan Climate Initiative had been actively seen in creating and promoting campaign like "No Thanks! I Carry My Own Bag" over the course of past 2-3 years to get plastic bags ban in Kathmandu and all over Nepal. The campaign is considered one of the most successful youth campaigns of the last 3 years. They attempted and succeeded to engage the social components of the society to ban plastic bags first in Kathmandu valley and later all over Nepal. The organization suggested using the cotton and jute bags which opens employment opportunities. Researcher Darrin Qualman says globally, 400 millions of tones of plastics are produced every year. Only 18 percent of this produced plastic is recycled. Oceans are now receptacles for at least 8 billion kilograms of plastics annually. This means by 2050 the oceans will receive the equivalent of one truckload of plastic every 15 second, night and day. On June 3 2018, a whale has died in Southern Thailand. A post-mortem revealed that the whale had chewed 80 plastic bags that weighed over 8 kg in the whale's stomach.  Dr. Jennifer Lavers from the University of Tasmania's Institute for Marine and Antarctic studies says “more than 300 million tones of plastic produced worldwide each year is not recycled, which affects us and the generations to come.”

Plastic is a major concerning issue for all sort so life. Experts say plastic materials should be banned as recycling may not solve anything. But, until researchers find a new material to replace it, the best thing to do will be cutting down the use of plastics. Keeping it away from the landfill and aquatic sources would be a good approach.

Govt, ASDP and NACCFL sign deal for capacity buildings of cooperatives in Karnali
43 minutes ago