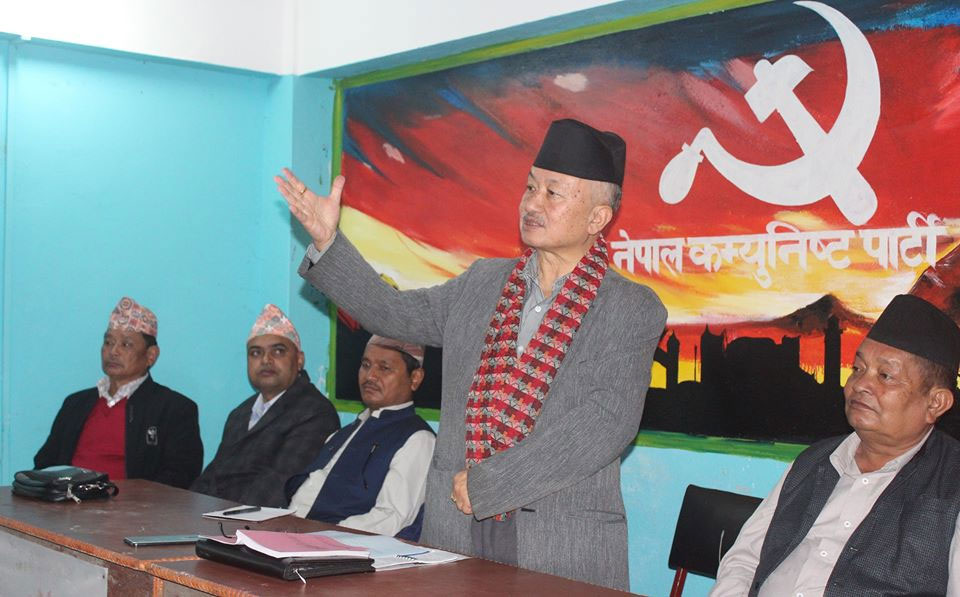 ILAM, Nov 16: Nepal Communist Party (NCP) parliamentary party deputy leader Subash Chandra Nembang has said the encroachment of Nepali territory by the Indian side is deplorable, so India needs to correct it.

At a programme organized by NCP village committee at Mangsebung of Ilam district on Saturday, deputy leader Nembang informed that the government has already started a diplomatic initiative to settle the dispute.

"Kalapani, Lipulek and Limpiyadhura fall under Nepali territory," he said, adding that entire Nepal is united against Indian move. According to him, everyone in the county has no option but to work in unity as the country is moving ahead for development and prosperity.

Nembang also argued that all three tiers of the government are working for people. "The government is devoted to the implementation of the constitution which has guaranteed rights to all Nepalis," he stressed.

Speaking on the occasion, provincial assembly member of the party, Dhirendra Sharma viewed that the ruling communist government would bring sweeping change for the prosperity of the country.

DHANGADHI, May 10: Nepalis around the world came down heavily upon India’s act of constructing a strategic link road connecting Dharchula... Read More...