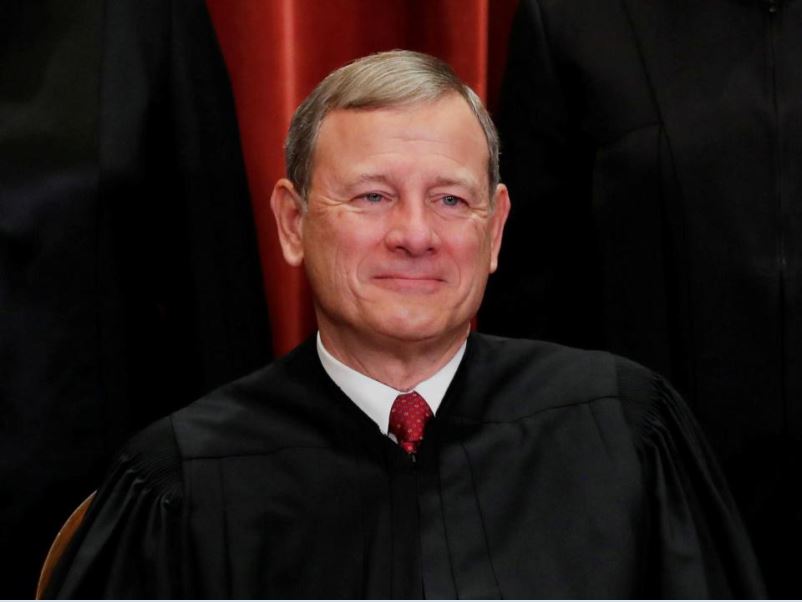 WASHINGTON, Jan 2: U.S. Chief Justice John Roberts will be a central figure in the ongoing drama of the Donald Trump presidency in coming months. He is due to preside over a Senate impeachment trial, while the Supreme Court he leads will rule on a titanic clash over the president’s attempts to keep his financial records secret.

The expected impeachment trial will focus on accusations that Trump abused his power by asking Ukraine to investigate former Democratic Vice President Joe Biden, who aspires to defeat Trump in a November election. The Democratic-led House of Representatives approved two articles of impeachment on Dec. 18, paving the way for the trial in the Senate, led by Trump’s fellow Republicans.

The normally reserved and mild-mannered Roberts, 64, will have the largely symbolic role of presiding officer, with senators casting the crucial votes.

In his end-of-year message on Tuesday, Roberts hinted at a past disagreement with Trump, saying an independent judiciary was a “key source of national unity and stability,” and called on his judicial colleagues to promote public confidence and trust by reflecting on their duty to judge without fear or favor.

Trump has repeatedly criticized federal courts and judges who have blocked his policies, while some Democratic lawmakers have suggested that the Supreme Court’s conservative majority is motivated mainly by politics instead of interpreting the law.

In his message Roberts also cautioned against disinformation amplified by the internet and social media - an accusation that Trump has faced when he uses his Twitter account to retweet unfounded rumor.

It is in the marble-lined corridors of the Supreme Court across the street from the Capitol Building, hidden from the TV cameras, where Roberts wields real power. Known for his cautious approach to major cases, he holds one of just nine votes that will decide by the end of June whether Trump’s financial records can be disclosed to Democratic-led congressional committees and a New York prosecutor.

The court’s rulings in those cases – on the power of Congress and local prosecutors to investigate a sitting president – will set precedents that may affect not just Trump but also future presidents.

The impeachment trial will be an unusual and potentially uncomfortable period for the low-key Roberts, who prefers to fly under the radar even while he has navigated the conservative-majority court in a rightward direction over the last decade and a half.

“My sense is that the chief doesn’t want to make himself the story,” said Sarah Binder, a scholar at the nonpartisan Brookings Institution.

Roberts declined to comment. During a rare public appearance in New York in September, Roberts appeared concerned about the hyperpartisan politics of Washington under Trump.

“When you live in a polarized political environment, people tend to see everything in those terms. That’s not how we at the court function,” he said.

Those who know Roberts, including former law clerks, say that he would take his role seriously. As a history buff, he is likely reading up on the previous impeachment trials of Presidents Andrew Johnson and Bill Clinton, they said.

Roberts, a conservative appointed by Republican President George W. Bush, has a reputation in Washington as a traditional conservative and a strong defender of the Supreme Court as an independent branch of government.

In a frictionless rise to prominence, he served in the administration of Republican President Ronald Reagan. Bush appointed him to the federal appeals court in Washington in 2003 before tapping him for the chief justice post two years later.

Roberts is often viewed as an incrementalist in his judicial philosophy, conscious of the fact that the Supreme Court risks its legitimacy if its 5-4 conservative majority is characterized as being too aggressive in moving the law to the right.

He has nonetheless voted consistently with his conservative colleagues on such issues as gay rights, abortion, religious liberty and gun rights. But in 2012, he broke ranks and cast the deciding vote to uphold the Affordable Care Act, also known as Obamacare, Democratic President Barack Obama’s signature domestic achievement.

Earlier this year, he again sided with the court’s liberals as the court ruled 5-4 against the Trump administration’s attempt to add a citizenship question to the 2020 census.

Roberts clashed with Trump more directly in November 2018 when he took the unusual step of issuing a statement defending the federal judiciary after Trump repeatedly criticized judges who had ruled against his administration.

The cases concerning Trump’s financial records, with rulings due by the end of June, puts Roberts and Trump on another collision course.

Legal experts have said Trump, who unlike previous presidents has refused to release his tax returns, is making broad assertions of presidential power that could place new limits on the ability of Congress to enforce subpoenas seeking information about the president.

If it is a close call, Roberts could cast the deciding vote.

In the Senate trial set to take place in January, Roberts’ role as presiding officer is limited mainly to keeping the process on track. Roberts could, however, be asked to rule on whether certain witnesses should be called.

If a majority of senators disagree with a ruling he makes, they can vote to overturn his decision.

In the Clinton impeachment trial in 1999, Chief Justice William Rehnquist had “relatively little to do,” said Neil Richards, who was present as one of Rehnquist’s law clerks and is now a professor at the Washington University School of Law in St. Louis.

WASHINGTON, Jan 16: After weeks of rhetorical fire and fury, a handful of U.S. House members walked quietly across a... Read More...