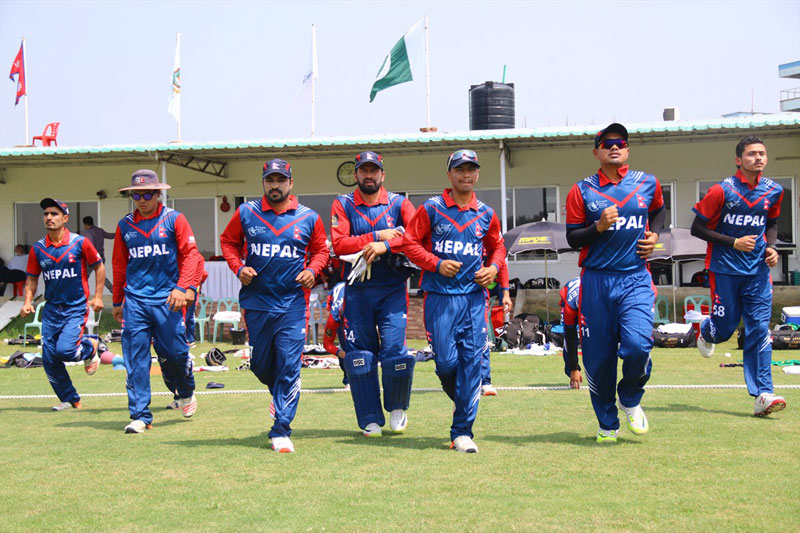 KATHMANDU, March 28: With the loss of 9 wickets in 50 overs, Bangladesh U-23 team has set 258 runs target to Nepali cricket team in ongoing ACC Emerging Teams Cup at the Sheikh Kamal International Cricket Academy Ground in Cox's Bazar, Bangladesh on  Tuesday.

In its second match, Nepal won the toss and chose to field first. Bangladesh U-23 team lost three wickets in just five overs. However, the partnership of Captain Mominul Haque and Nasir Hussein for 78 runs made control over the game. Hussein scored 109 runs, remaining not out at the crease with 115 balls, including 12 fours and two boundaries.

Nepal must win this match to hold in the tournament. Pakistan defeated Nepal by six wickets on Sunday in the first match. Nepal will face Hong Kong on Thursday in the third match.

Nepal gets 115-run target against PNG