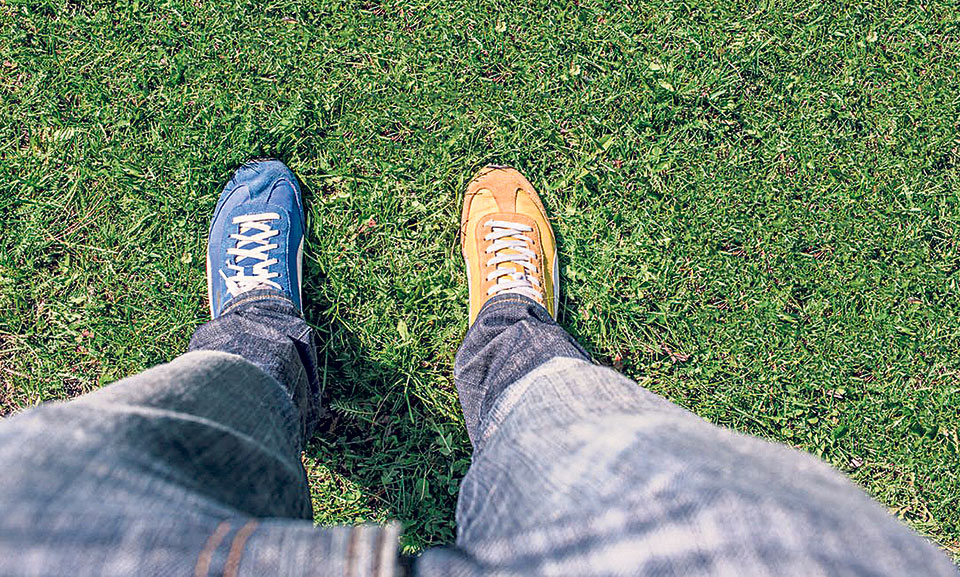 In the book The Stranger by Albert Camus, the protagonist, a man named Meursault, is sentenced to death essentially for being not sad enough about his mother dying. He is considered a stranger in the society because he did not behave in the way people assume one should whenever they face a personal tragedy. The story was a medium through which Camus wanted to show that if you don’t maintain a certain façade, to meet the societal standards of what is deemed right and wrong, or in his own word “when one doesn’t play the game”, you are considered a dangerous alien capable of bringing ruin to the community, and society at large.

This very idea is evident in most societies, maybe not in such a large scale as in the fictitious world of The Stranger but in small and perhaps more toxic ways. If a girl shaves her head and gets a few tattoos, she is immediately looked upon as someone who is dangerous and adults might even ask their children to stay away from people like that because they are “bad influence”. And all that just because her physical appearance is different from what they deem decent. I feel our opinions and biases are so pointless that a simple change of clothes will immediately force us to rethink our beliefs about a person. We might barely know someone but we are quick to judge and make up our minds about him/her based on one “wrong” behavior.

All through history, we have seen people fear differences, be it in the color of our skin, the language we speak, or (and most especially) the religion we follow. If it is not the same as ours, we have considered it to be wrong. For example, when Imperial Japan took over Korea, anything related to the Korean history and culture was burnt. The Korean language was banned and Koreans had to give up their Korean names and take up new Japanese names in order to receive basic benefits from the government. Korea under the Japan rule was a dark time for Koreans as they were being treated as second-class citizens in their own country. The aftershock of all this still causes tension between the Japanese and the Korean government.

Is being different really that bad? Wouldn’t all of us be at a better place if we just accepted the fact that all of us are different from one another? This obsession with “sameness” has created nothing but difficulties for people in general. At a social gathering, all of us are expected to be smiling and extremely welcoming to people we meet. You will be criticized as being rude or anti-social if you choose to sit with a small group of people and not interact as openly as people “should” at parties. But it is a known fact that some people are introverts and some are extroverts, some are shy, whereas some can make new friends in a matter of seconds. When human nature at its core is so different, I often find myself questioning wouldn’t things be so much simpler if people just accepted one another for the way they are.

The same goes for parents forcing their children to do things that they presume to be right for them. It’s understandable that you had a certain dream for yourself when you were young, but to expect that your children should be the same way is to forget the fact that your child is a different individual than you, with a completely different set of dreams. S/he probably has a different perspective of the world too. You forcing your desires onto them is like you trying to clone yourself into a younger person, forgetting that your child is an entirely different human and what goes inside your head is actually completely different from what goes on in theirs.

This corrosion of “sameness” is everywhere around us – in the pages of our history to the clothes we wear. Even in pop culture, the need for conformity has often led to toxic, immoral things. We have heard enough instances of football fans vandalizing places, fighting one another just because they support supposedly rival teams. Harming people over a difference of opinion is just a petty thing to do, especially in an age when people have warmed up towards one another’s culture and have become sensitive when it comes to embracing the traditions all over the world. It showcases our refusal to accept other people’s opinions and think of ourselves as the ultimate authority on the matter in question.

If only we learnt how to respect our differences and understand the fact that being different doesn’t mean one is right and the other is wrong. The things in this world are so much more complicated than it should be because of people’s strict ideas of what they consider to be right and wrong. My sincerest wish is for all of us to be able to learn to accept and embrace the differences around us, because diversity is a part of nature and it’s going to be there whether we like it or not. And after all, who are we to judge another person?

Politics in India and Its Influence

It is an undeniable fact that there’s an influence of Indian politics that can be seen both ways - positive... Read More...

What has influenced you the most in life?

The environment children grow up in and the things that surround them during their childhood shape their lives to a... Read More...

20 ‘unlucky’ candidates who lost HoR election even after securing 30,000 plus votes
19 hours ago
Import of EVs crosses 1,000 units during mid-July to mid-November
21 hours ago

Govt should create jobs for Nepalis within Nepal: Minister Kunwar
1 hour ago

Badri Pandey of NC wins in Bajura
3 hours ago