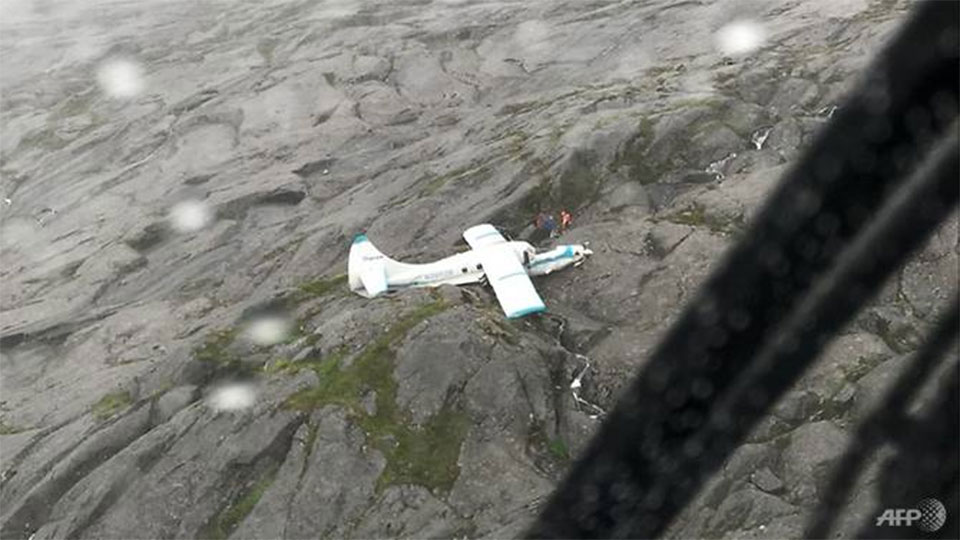 This handout photo released by the US Coast Guard on Jul 10, 2018 shows a float plane carrying 11 people after it crashed 39 miles south southwest of Ketchikan, Alaska, on Prince of Wales Island. (Photo: Lauren Dean / US Coast Guard / AFP) Read more at https://www.channelnewsasia.com/news/world/eleven-hoisted-from-alaska-plane-crash-10519088

LOS ANGELES, July 11: A plane carrying 11 people crashed Tuesday (Jul 10) on a mountainside in Alaska, officials and rescuers said, but there were no deaths.

"It was reported that 11 people from the plane crash are alive, but have injuries," the US Coast Guard said in a statement following the incident near the southeasternmost city of Ketchikan.

The channel said 10 people were injured as it hit the side of Mount Jumbo at a height of around 600 meters, and were all in a stable condition.

Authorities say the pilot radioed shortly before 9.00am and the Coast Guard dispatched two helicopter crews to the area, around 65 kilometers southwest of Ketchikan.

All 11 people rescued were hoisted from the crash site and taken to a staging area to be moved to the city for medical treatment.

KATHMANDU, March 14: A neurosurgeon and 12 to-be-doctors lost their lives in the US-Bangla aircraft crash on Monday, while two seriously... Read More...