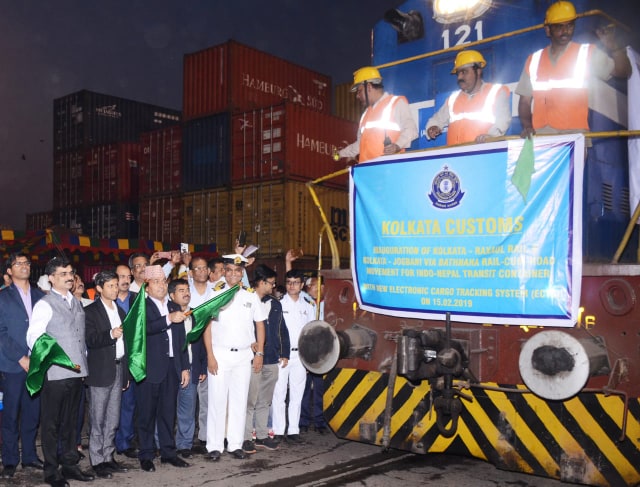 "This is a significant step towards automating Customs transit facilitation between two countries and renews the commitment of Indian government to improve the transit facilities for Nepali traders," read the press statement.

Under this new modality, the need for Nepali traders to seek permission and file transit declaration is done away with.

"The ECTS offers the facility of sealing the containers using high security electronic seals, having tracking functionality embedded in them. The Nepali traders would immensely benefit out of this new modality as it would ensure safe and secure transit, simplified border formalities reduction in transit time & transaction cost and improved shipment visibility," the embassy said in the statement.

In August 2018, the southern neighbor had introduced similar facility for Nepal bound transit cargo on pilot basis from Vishakhapatnam port.