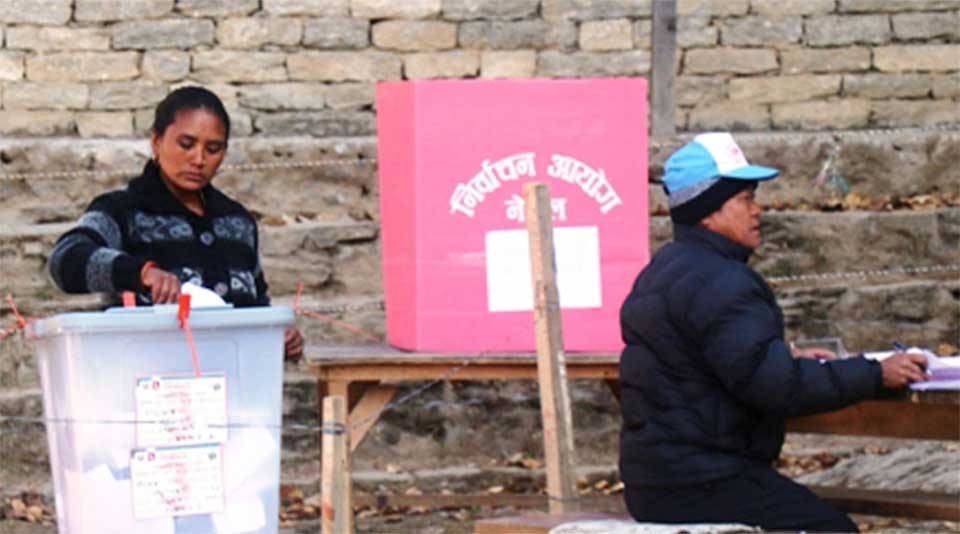 The country successfully held the elections to the House of Representatives and provincial assemblies on November 20. There is no doubt that the voter turnout was significantly low as compared to the past two general elections – about 77 percent in 2013 and about 78 percent in 2017. With a voter turnout of just 61 percent, the elections this year clearly tell a story of the voters’ disenchantment with the actors responsible for the current state of affairs. Currently, the counting of votes is underway and the initial results are pouring in from across the country. It is still too early to predict the results, but the initial results of the elections conducted at over 22,000 polling centers must be surprising for the so-called political bigwigs. Though the ‘traditional’ Nepali Congress and the CPN-UML seem to be emerging as the two biggest parties through these elections, their hold in the 275-member parliament to be formed doesn’t seem likely to be as strong as in the past.

A third party – the Rastriya Swatantra Party (RSP) formed just a couple of months before the elections by former journalist Ravi Lamichhane – seems to have risen out of the blue, cashing in on the people’s dissatisfaction with the so-called big parties. If the results of the initial vote count are anything to go by, then this party is going to emerge as the third largest political party in the country. The party is projected to do quite well in the proportional elections as well. The pro-monarchist Rastriya Prajatantra Party, too, seems to fare better in these elections than in the past elections. Currently, the party has maintained the fourth position in the election results tally. On the other hand, the CPN (Maoist Center), a major ally in the current coalition government, has seemingly faced the people’s wrath through these elections and the space it previously enjoyed in the country’s national politics seems likely to shrink further. Another ruling coalition partner, the CPN (Unified Socialist) led by former PM Madhav Kumar Nepal clearly seems to be fighting for its existence. All in all, the idea of pre-election alliance between parties that are poles apart in terms of political ideologies and convictions doesn’t seem to have gone down well with the electorate. This also seems to be the main reason behind the strong emergence of the RSP and the resounding resurgence of the RPP.

A very important question now would be - ‘Now what?”  There are clear signs that the parliament to be elected will be a hung parliament where no one party will have a comfortable majority to form a government on its own. That means a coalition government will have to be formed. If the initial trends of the election results are to continue, it is going to be very difficult for the current ruling alliance to win enough berths in parliament to form a government, either. On the other hand, the UML too will not have enough seats in parliament to form a government on its own. In this situation, the RSP – and most likely the RPP too - will have a much bigger say in the formation of the next government. In short, a coalition government seems to be the mandate given by the people through the elections held on November 20. So, let’s hope the parties concerned take the people’s mandate positively and come together to lead the country out of the present crisis. Let’s hope they will learn from the country’s experience of running coalition governments and will not repeat the past mistakes, saving both time and other resources. Let’s hope the parties coming together to form the government are not guided merely by their petty partisan interests but by the broader national interests. Let’s hope common sense will prevail.

What is often not taken into account is the social and economic cost of these accidents. These costs are too... Read More...