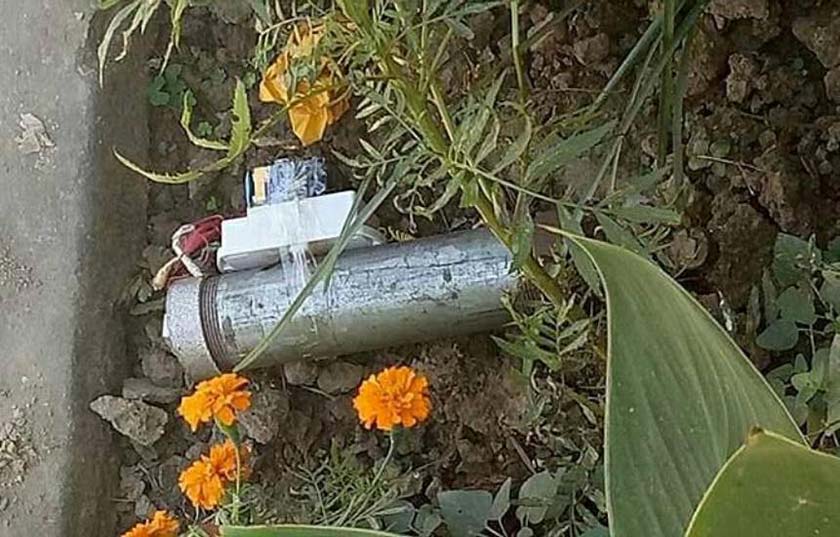 KATHMANDU, Dec 5: With the second phase of elections is just two days away, series of explosions have not stopped yet. The Improvised Explosive Devices (IED) have been found in several places of Kathmandu.

During the silence period on Tuesday morning, IED has been defused in Kirtipur-based Janasewa polling center of Kathmandu-10. Likewise, in Mhepi,  the bomb was found and disposed of by Nepal Army Disposal Team.

On Monday afternoon bomb detonated targeting NC candidate from Kathmandu-4 Gagan Thapa. 11 people were injured including Thapa on the attack.

The government is being criticized for a poor security system. The series of explosions are taking place due to the lack of proper security management.

According to Chief of Metropolitan Police Office, AIG Jaya Bahadur Chand, the Home Ministry has deployed adequate number of the security forces for the second phase of elections. He appealed to voters to vote in fearless manner as the security has been well managed.

He said, “From today, in each polling centers, security forces have been deployed and they have started search and sweep operation. If we find anything suspicious, security forces will take immediate action against it.”

AIG Chand added, “Some hoaxes are created to terrorize the public in the name of bomb. We are much aware of those incidents too.”

He informed that Nepal Communist Party (NCP) took responsibility some of the explosions incidents had whereas few are not identified and added that the police are investigating of those unidentified explosions. It takes some time for the further investigation of those incidents.

Talking about the case of Monday bomb attack, AIG Chand informed that 40 peoples have been taken into custody for their suspected involvement in the incident. “Among them, five are released and 35 are under custody for further investigation. Most of them are cadres of NCP,” said AIG Chand.

AIG Chand argued that due to the shortage of human resources and sufficient technology, the security lapses cannot be denied. He said, “We have not sufficient manpower and technology. Our settlements are not in coverage of CCTV. So it creates some challenges.”

“The anti-election groups have prepared since long time targeting the elections with highly equipped explosive,” AIG Chand said. He said, “Amidst the various challenges, we are highly prepared for the security for the second phase of elections.”

According to spokesperson of Metropolitan Police Circle, SP Ram Dutta Joshi, 34 peoples have been taken into the custody that might be a threat for the elections from different places of Kathmandu. SP Joshi said, “We have made a list of suspected people and trying to arrest by tomorrow.”

Nepal Police spokesperson DIG Manoj Neupane informed that among available manpower, more than 90 percent have been deployed for the security of candidates, voters, polling officers and polling centers. He said, “There is no any confusion on security threat. We are well prepared for that. So voters can exercise their rights in free and fearless manner.”