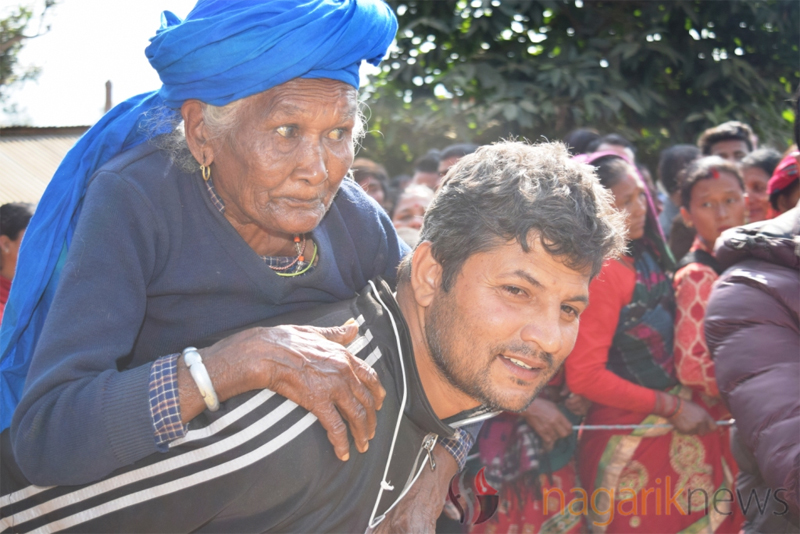 KATHMANDU, Nov 27: The first phase of parliamentary and provincial assembly elections conducted on Sunday in 32 mountainous and high hilly districts were largely peaceful, despite security threat from the Netra Bikram Chand-led Communist Party of Nepal, a Maoist party.

Elections were deferred in only two of the 4,465 polling booths, according to the Election Commission (EC) and home ministry.

“It is a major achievement that election has been concluded in a free, fair, and peaceful manner with an encouraging participation of voters despite minor obstructions from anti-poll forces, geographical isolation and difficult weather,” said spokesperson for the home ministry, Narayan Prasad Sharma Duwadi on Sunday.

EC has decided to conduct re-election at two polling booths of Rukum after acid was poured into two ballot boxes. Chief Election Officer for Rukum (West), Kaji Bahadur Rai said re-polls will be held at the two polling centers on December 7.

Police detained Rupa Kami from Syalakhadi of Rukum while attempting to pour acid in a ballot box. “Voting remained largely peaceful in other areas of the district except for the two polling centers,” said chief district officer of Rukum, Bansi Kumar Acharya.

Two policemen were injured by a bomb hurdled by Netra Bikram Chand-led CPN cadres in Kalikot district on Saturday night. Policemen Giriraj Bhandari and Ram Bahadur Chaudhary were injured while guarding the polling center at Kirtipur of Sunnitriveni Rural Municipality, according to Nepal Police AIG Rana Bahadur Chand. The injured have been brought to Surkhet for further treatment.

Two persons were injured in Khatyad Rural Municipality of Mugu in a clash between Nepali Congress (NC) and CPN-UML cadres. UML cadres Tirtha Buda and eight-year-old child Chandra Bahadur Rokaya were injured when NC cadres stabbed UML cadres in a dispute over party representatives, said information officer at the District Election Office, Rajiman Budha. According to DSP Bhimkiran Bogati, explosions near polling stations were reported in three different places of the district.

KATHMANDU, May 14: Election Commission has officially said that more than 71 percent of the total voters in three provinces... Read More...