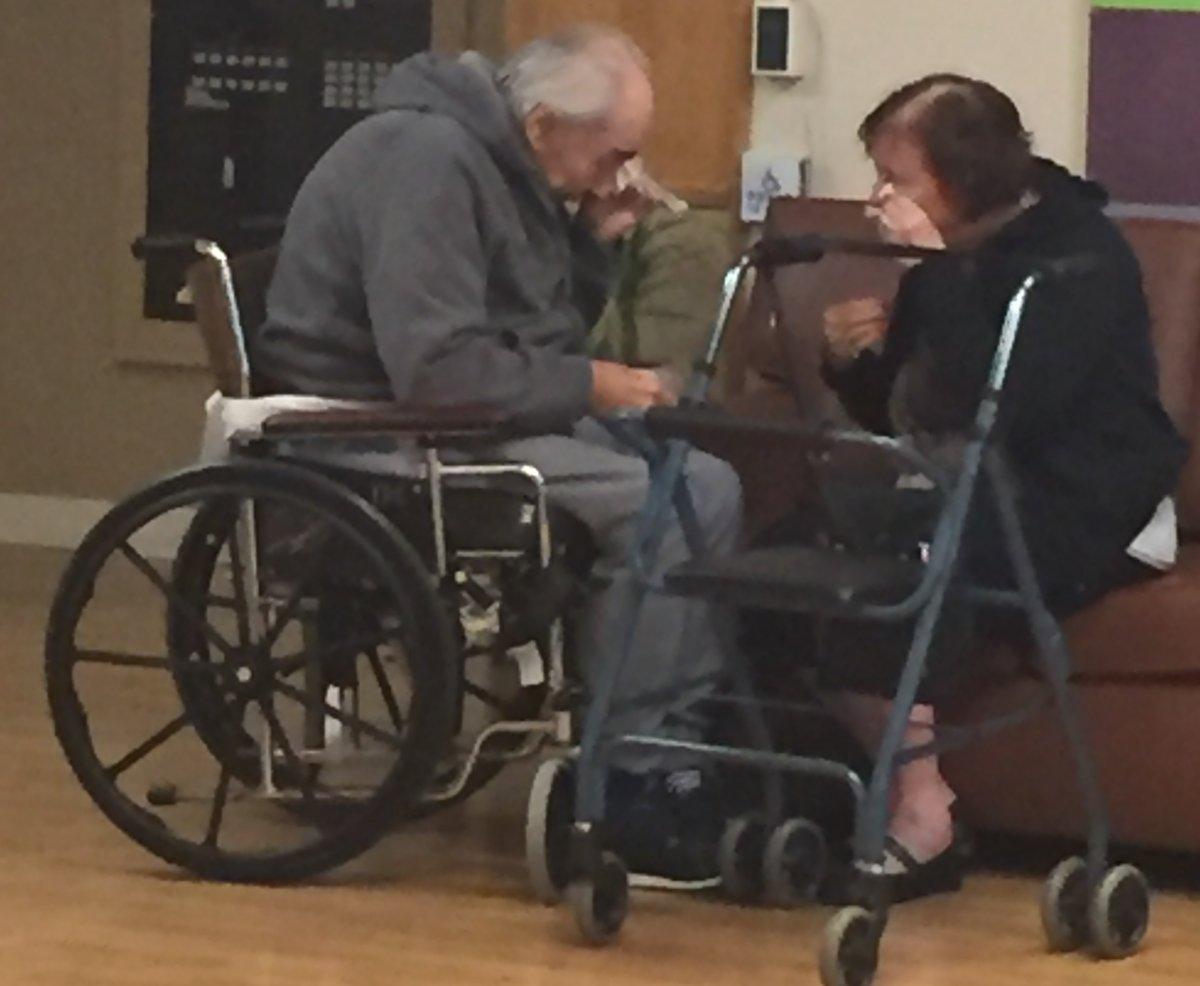 TORONTO, Sept 27:  An elderly Canadian couple who gained international sympathy when they were forced to live in two different nursing homes after 62 years of marriage has been reunited after a heartbreaking photo went viral.

Wolfram and Anita Gottschalk, 83 and 81, were sent to live in different nursing homes in late August after space ran out at the home where Wolfram was being treated for lymphoma.

The couple were captured in a heartbreaking photo wiping their tears before they parted ways.

Now the two have been rejoined in the same Surrey, British Columbia nursing home, their granddaughter, Ashley Bartyik said.

"Thursday our family joyfully witnessed the reunification of Wolfram and Anita Gottschalk. Wolfram has finally been moved to the same facility as Anita at the residence at Morgan Heights," she wrote on Facebook.

The joyful couple appear in a video celebrating their reunion, touching each other's faces, smiling and sharing a kiss.

"The reunion saw tears of joy for all involved. They can now be under the same roof for their remaining years, and we couldn't be more grateful," Bartyik said.

Bartyik blamed "backlogs and delays by" the Canadian health care system for the separation of her grandparents.

The tearful photo of their separation was shared more than 3,000 times.

Bartyik thanked "everyone around the world that liked, shared or discussed their story" and credited the international attention for their reunion.

Bartyik says the couple will now spend their final years together, The Canadian Press reported.

She says the family will continue to advocate for other couples experiencing similar challenges of separation.