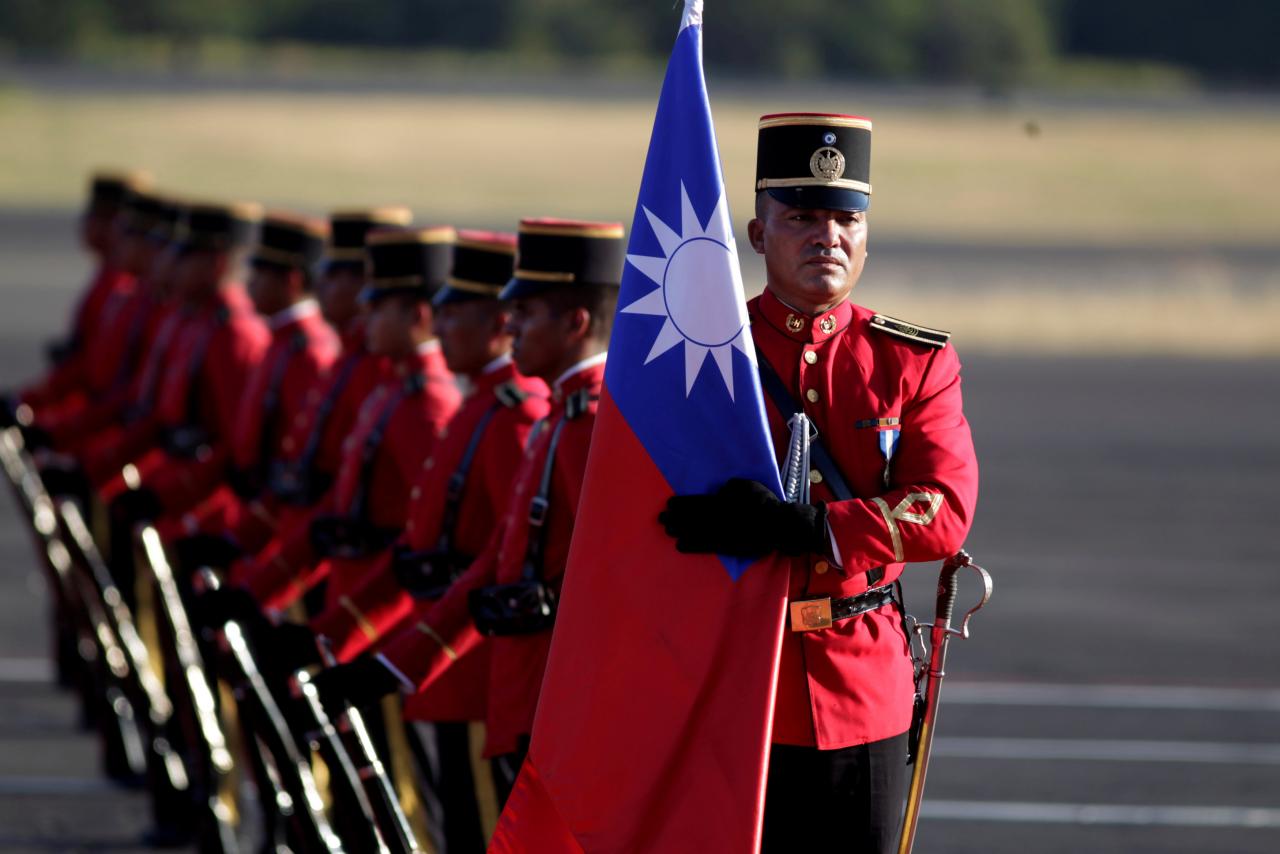 TAIWAN, Aug 21: Taiwan lost another ally to Beijing on Tuesday when diplomatic ties with El Salvador were severed, as China presses the remaining nations with diplomatic links to Taipei to end them.

El Salvador’s President Salvador Sanchez Ceren announced in a nationally televised speech that his government has broken off diplomatic relations with Taiwan and instead established new diplomatic ties with China.

Taiwan now has formal relations with just 17 countries worldwide, many of them poor nations in Central America and the Pacific like Belize and Nauru.

“We are not willing to continue with the money competition with China,” Taiwanese Foreign Minister Joseph Wu said at a press conference.

He said El Salvador had been continuously asking for “massive funding support” since last year for a port development, but Taiwan was unable to assist with the “unsuitable project” after assessment.

“Pressure from China would only make Taiwan more determined to continue our path of democracy and freedom.”

Separately, El Salvador’s President Salvador Sanchez Ceren announced in a nationally televised speech that his government had broken off diplomatic relations with Taiwan and instead established new diplomatic ties with China.

Taiwan has accused China of luring its friends away with offers of generous aid packages. China denies this, and says Taiwan is a part of China with no right to formal diplomatic ties with any other country.

The news comes as Taiwan President Tsai Ing-wen wrapped up a high-profile trip to Latin America, including stops in the United States, that drew broad criticism from China.

Tsai on Monday echoed Wu’s comments, saying the self-ruled island would not bow to pressure and that pressure would only boost Taiwan’s “determination to go abroad”.

El Salvador is the fifth country Taiwan will lose as a diplomatic ally since President Tsai came to office in 2016, following Burkina Faso, the Dominican Republic, Sao Tome and Principe and Panama.

China’s hostility to Taiwan has grown since Tsai’s election as Beijing fears she wishes to push for the island’s formal independence, a red line for China. She says she wants to maintain the status quo.

WASHINGTON/BEIJING,Dec 6: The White House said on Monday it had sought to reassure China after President-elect Donald Trump's phone call with... Read More...

Price of gold declines
2 minutes ago