Eight things that happen when you stop drinking alcohol 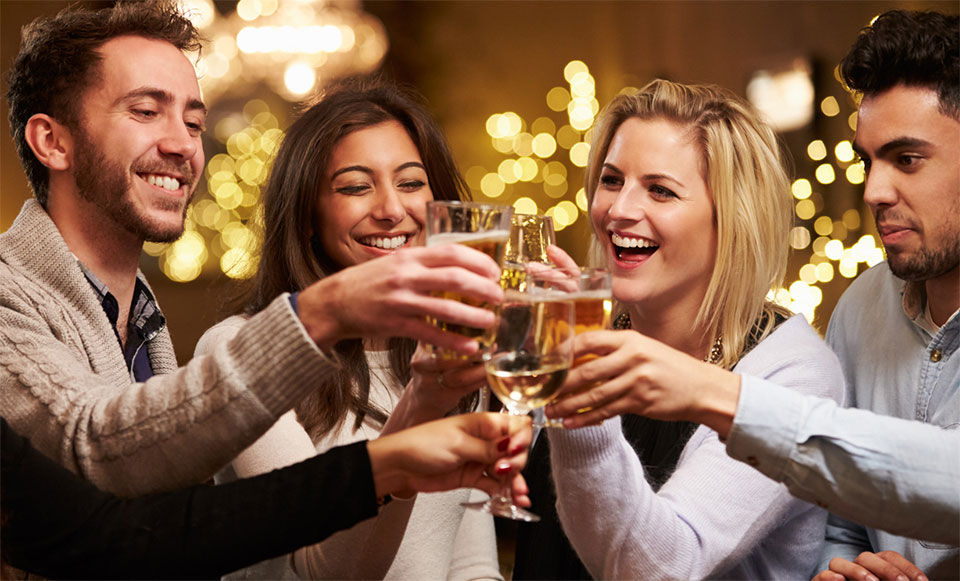 Maybe your nightly glass of wine has turned into two or three. Or you’re overdoing it on the beer and have the gut to prove it.

Giving up alcohol can be tough-but the benefits make it worth the effort, says Damon Raskin, M.D., a Los Angeles-based physician who is board-certified in addiction medicine.

“Taking a break from drinking alcohol-even if it’s just for a couple of weeks-is a good idea, especially if you’re regularly consuming more than the recommended daily limit,” Dr. Raskin says.

(If you want to take care of your liver-and your whole body-check out Rodale’s 12-day liver detox.)

That’s generally two drinks a day for men. Also, if your drinking seems to be affecting your work or personal relationships-regardless of how much booze you’re knocking back-it’s time to consider taking it easy, he adds.

Here’s what you can expect to happen, both short- and long-term, if you give up alcohol:

One recent study in the journal Alcoholism: Clinical & Experimental Research found drinking before bed increases alpha wave patterns in the brain-a kind of cerebral activity that usually occurs when you’re awake but resting.

How To Cure a Hangover:

Another review of 27 studies found that while alcohol may help people fall asleep more quickly and deeply at first, it seriously screws with sleep quality after that initial restful period.

You might toss and turn at first, but give up alcohol and the sleep you get will likely leave you feeling more refreshed and sharp the next day.

According to a study published in the American Journal of Clinical Nutrition, alcohol is one of the biggest drivers of overeating.

That may be because alcohol heightens our senses, according to a new study published in the journal Obesity. Researchers found that when people received an alcohol “infusion” equal to about two drinks, they ate 30 percent more food than those who received a saline solution.

Even mild intoxication can increase your brain activity in the hypothalamus, making you more sensitive to the smell of food and prompting you to eat more.

Alcohol does the same thing, so it’s very possible that when you give up one substance that causes happy-making chemicals to float around your brain, you’ll be more likely to reach for the other.

“Don’t be surprised if you try to get that same enjoyment or rush you used to get after a drink from something sweet,” he says.

Alcohol has a sneaky way of increasing your daily calorie intake without you realizing it.

Just one margarita may contain 300 calories or more-mostly from sugar.

Men consume an additional 433 calories on those days they drink a “moderate” amount of alcohol, according to one study. Cut those from your diet-and don’t replace them with desserts-and you’ll start to lose weight without much effort.

Your skin will clear up.

Within a few days of cutting out booze, you’ll notice your skin looking and feeling more hydrated.

That’s because alcohol is a diuretic, causing you to urinate more, Dr. Raskin says.

Ruddiness in your cheeks and around your nose may also start to fade, and other skin conditions-such as dandruff, eczema, or rosacea-may also improve, Dr. Raskin says.

Drinking-especially a fine wine or scotch habit-is an expensive undertaking.

Take a moment to crunch the numbers, adding up what you spend for drinks both at home and out on the town (factoring in tax and tip).

It’s important to understand that there will be times when you feel like you’re missing out-and it can make you pretty testy, Dr. Raskin says.

“People often use alcohol as a lubricant for emotions, and when they stop drinking they may feel agitated and restless,” he adds.

Your cancer risk falls, but your heart disease risk might rise.

According to the National Cancer Institute, alcohol use has been linked to an increased risk for cancers of the mouth, liver, colon, and rectum.

The risk increases the more you drink.

On the other hand, multiple studies have shown moderate alcohol consumption may lower your odds of heart trouble.

More research suggests your risk for stroke, diabetes, and mortality may all rise slightly when you give up booze-assuming you were a light drinker before you quit.