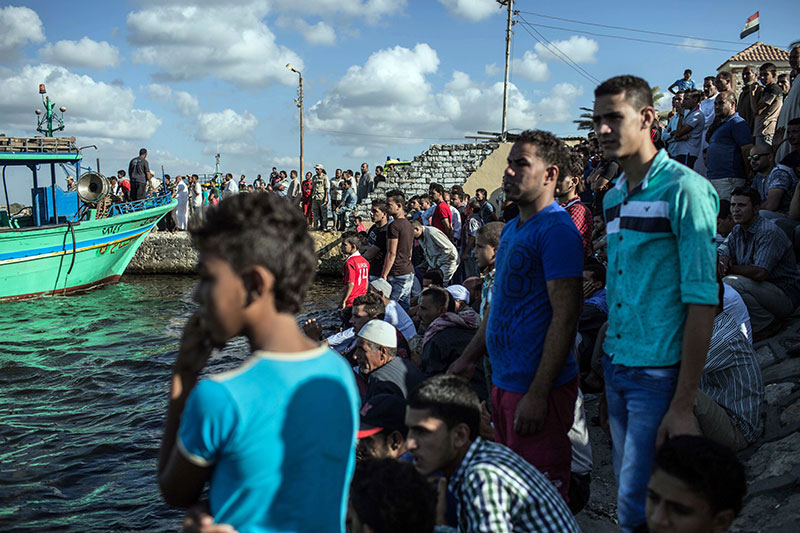 Survivors have said up to 450 migrants were on board the overcrowded fishing vessel headed to Italy from Egypt when it keeled over Wednesday off the port city of Rosetta.

Egypt's military has said it rescued 163 survivors and that recovery attempts were continuing.
The International Organization for Migration said most of those rescued were Egyptians but they also included Sudanese, Eritreans, a Syrian and an Ethiopian.

A new bill being submitted to parliament would include "deterrent penalties" against people smugglers.

The UN refugee agency expects 2016 to be the deadliest year on record for Mediterranean crossings by migrants.

More than 4,600 non-Egyptians, many of them Sudanese and Ethiopians, have been arrested this year trying to depart from Egypt's northern coast, the UNHCR said Friday.

More than 10,000 people have died attempting to cross the Mediterranean to Europe since 2014, according to the United Nations. RSS

CAIRO, March 31: An Egyptian court sentenced on Saturday 30 defendants up to 25 years in prisons over terrorist charges and... Read More...