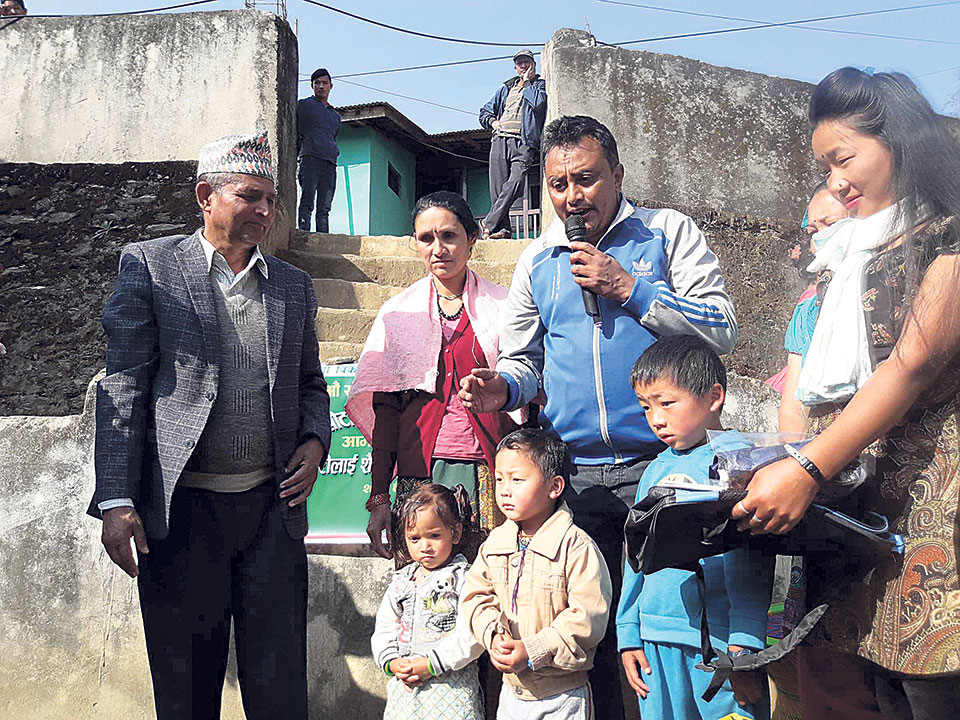 KHOTANG, April 8: Arrangement for education of children living in District Prison, Khotang with their inmate parents have been made now with the support of well wishers. They now have education facilities inside the prison itself. However, going to school is still distant dream for them.

According to Chitrakar Acharya, chief of the prison, three local companies established a fund worth Rs 100,000 from which they are able to arrange education for the children.
“We have been able to arrange for assistant teachers to take care of education needs of the children staying inside prison from the interest of the fund,” he said.

The assistant teachers are arranged from within the prisoners. “Bimala Subedi and Tasbira Rai, who are jailed in our prison, have been assisting in the children's education. In return for their service, we pay them Rs 1,200 monthly,” added Acharya.

According to the district prison, the study time for the children starts at 10 am in the morning and ends at 1 pm.

Children are staying in the prison with their parents due to lack of guardian at home. In many cases, children stay in prison due to their unwillingness to part with the jailed parents.

For instance, Pramila, mother of four-year-old Mausam, was jailed four years ago after she accidently killed a man in retaliation against sexual harassment. A local, Dil Kumar Rai, had tried to rape her when her husband was abroad for foreign employment. However, the assailant died after Pramila and eight others thrashed him in retaliation.

Mausam spends her time in her mother's lap and plays inside the prison cell. However, she neither knows that the place is a prison nor why her mother has been jailed. Her father married another woman as soon as he returned from foreign employment. With no one else available to take care of her, Mausam came to live with her mother in the jail.

“The district court has sentenced me to 20 years in jail. This posed a huge challenge to the future of my daughter but the education facility has eased it a little,” said Pramila.

Other prisoners too have similar worries regarding the future of their children. In such time, the education facility inside the prison has given them some respite although it cannot be compared to education at school.

Where do you draw the line?

No one likes a nag and no one like being a nag. But where children come into the picture, concern,... Read More...