KATHMANDU, March 11: The Election Commission (EC) has set the limitation of the expenses for the candidates of the local election.

The limitation of the budget is set for the activities related with the election, including the campaign of the candidates, said spokesperson of the EC, Surya Prasad Sharma.

According to the limitation set by the EC, the candidates for the post of Mayor and Deputy-Mayor of the Metropolitan city can flow the highest amount of budget. They can use up to Rs 750,000 for the election use.

The candidates for the post of Chief and deputy-Chief of District Coordination Committee (DCC), that was formed based on the new state restructure can use up to Rs 250,000 as per the limitation.

The candidates for the member of the (DCC) can use just Rs 150,000 for the campaign. 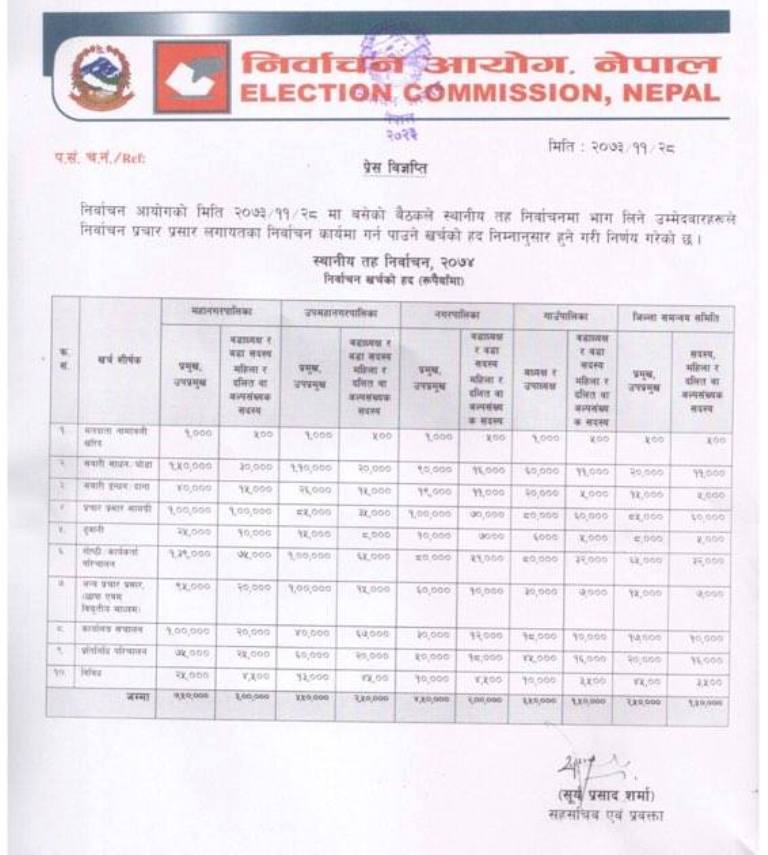 KATHMANDU, May 28: As part of its final preparations to conduct the second round of local elections on June 14,... Read More...

EC proposes May 14 for local election; govt positive about it

KATHMANDU, Feb 20: The Election Commission (EC) has proposed the government to hold the local elections on May 14. ... Read More...