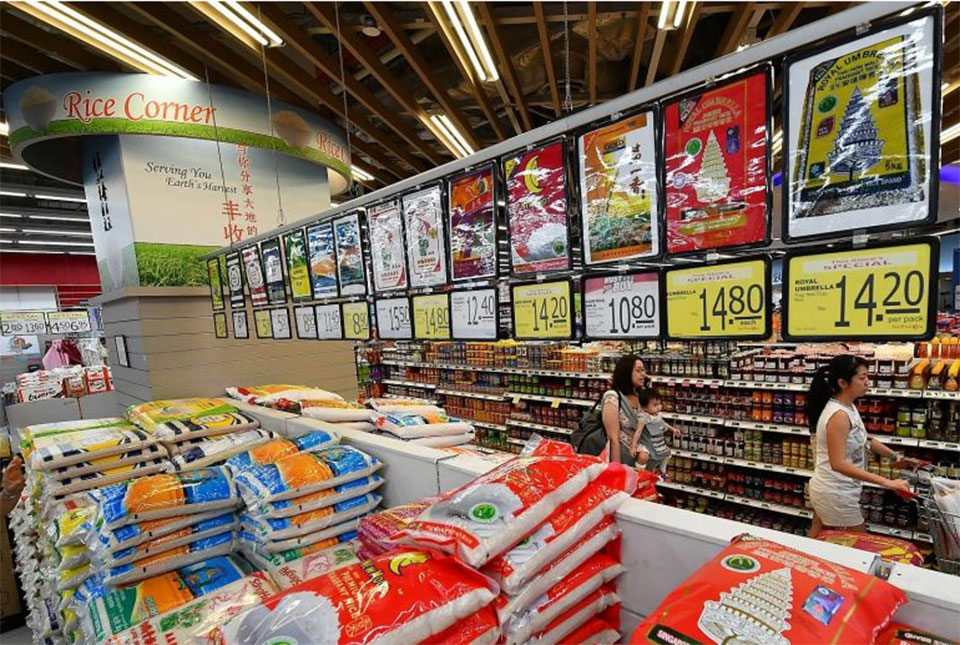 One of the new studies found no link between total white rice intake and the risk of Type 2 diabetes when controlled for variables like age, gender, Body Mass Index and other food intakes.ST PHOTO: LIM YAOHUI

Feb 3: Cutting down on white rice to lower your risk of diabetes? It may be more important to pay attention to what you are eating in place of it.

Two new studies by researchers from the National University of Singapore (NUS) and Duke-NUS Medical School have shown that those who ate less rice also ate more of everything else to maintain the same calorie intake.

Some ate more red meat and poultry to feel full, but such a diet has a higher risk of diabetes, said Professor Rob Martinus van Dam, domain leader of epidemiology at the Saw Swee Hock School of Public Health in NUS, one of the co-authors.

Others ate more noodle dishes, which are often cooked in sauces that are high in sugar, salt and oil.

Despite a lower rice intake, these substitutes could increase their risk of diabetes, said Prof van Dam.

On the other hand, those who ate more whole grains and vegetables in place of rice had a decreased risk.

Professor Koh Woon Puay, director of the Centre for Clinician-Scientist Development at Duke-NUS Medical School and a co-author of the studies, said: "The risk depends more on the overall quality of a person's diet. Recommendations to reduce white rice consumption may be effective only if the substitute foods are considered carefully."

Dr Annie Ling, group director of policy, research and surveillance at the Health Promotion Board (HPB), said the findings lined up with the HPB's recommendation to eat more brown rice.

"It is important to look at diet in totality, and not overly focus on any individual component," said Dr Ling. "Some tend to make up for eating less rice by eating more unhealthy food. We must be mindful of how the deficit is made up."

The studies follow a series of research linking white rice intake to diabetes.

In 2016, the HPB cited studies by the Harvard School of Public Health which showed that each plate of white rice eaten daily on a regular basis raises the risk of diabetes by 11 per cent.

And, in 2007, the Shanghai Women's Health Study found that women who ate more than 300g of rice a day had a 78 per cent higher risk of diabetes compared with those who ate less than 200g a day.

But these studies may not have adjusted for other risk factors like red meat and poultry consumption, said Prof Koh.

She said a 2017 follow-up study in Shanghai found that a higher intake of refined grains was not linked to a higher risk of diabetes when adjusted for other factors.

Similarly, one of the new studies found no link between total white rice intake and the risk of Type 2 diabetes when controlled for variables like age, sex, Body Mass Index (BMI) and other food intakes. The higher risk associated with white rice may thus be attributable to what is eaten with the rice. Over 90 per cent of diabetics have Type 2 diabetes, the result of blocked or reduced insulin receptors.

The second study, also involving Prof van Dam and Prof Koh, used established diet quality indices to determine the quality of a person's dietary pattern. They then measured the link between diet quality and diabetes risk.

A list of 165 food items and beverages were identified, covering about 90 per cent of what is commonly eaten in Singapore. They were scored according to the Dietary Approaches to Stop Hypertension (Dash) diet index.

Data for the new studies came from the ongoing Singapore Chinese Health Study started in 1993 by NUS. It involved about 45,400 Chinese Singaporeans who did not have diabetes, cancer or cardiovascular diseases when they were recruited between 1993 and 1998. Over an average of 11 years, more than 5,200 developed diabetes.

The participants' diets were ranked according to how often and how much of a given food they ate on average. Those who ate more whole grains, low-fat dairy, nuts, seeds, legumes, fruits and vegetables scored higher. Those who had more processed and red meats, sugary drinks and sodium scored lower.

The top 20 per cent, who had relatively "higher quality" diets, were nearly 30 per cent less likely to develop diabetes compared with the bottom 20 per cent.

The proportion of each item as a part of a consistent dietary pattern was found to be more important than the absolute intake, said Prof Koh, who is also the principal investigator in the Singapore Chinese Health Study.

This means one does not have to cut out unhealthy foods entirely, as long as they are eaten in moderation, she added.

Kathmandu, Nov 14: It came to a revelation that one among every ten women in the world is a diabetic. According... Read More...